Request a trial
Request a quote

Polyspace as You Code detects critical defects and security vulnerabilities and checks for code compliance with coding rule standards such as MISRA C®, MISRA C++, AUTOSAR C++14, CERT® C, CERT C++, as well as custom naming conventions. Integrated as a plugin into the developer's IDE such as Visual Studio®, Visual Studio Code, or Eclipse™, it reports the findings within the source code view. And when connected to the Polyspace Access central repository, it can highlight only new issues added by the developer compared to the development baseline. 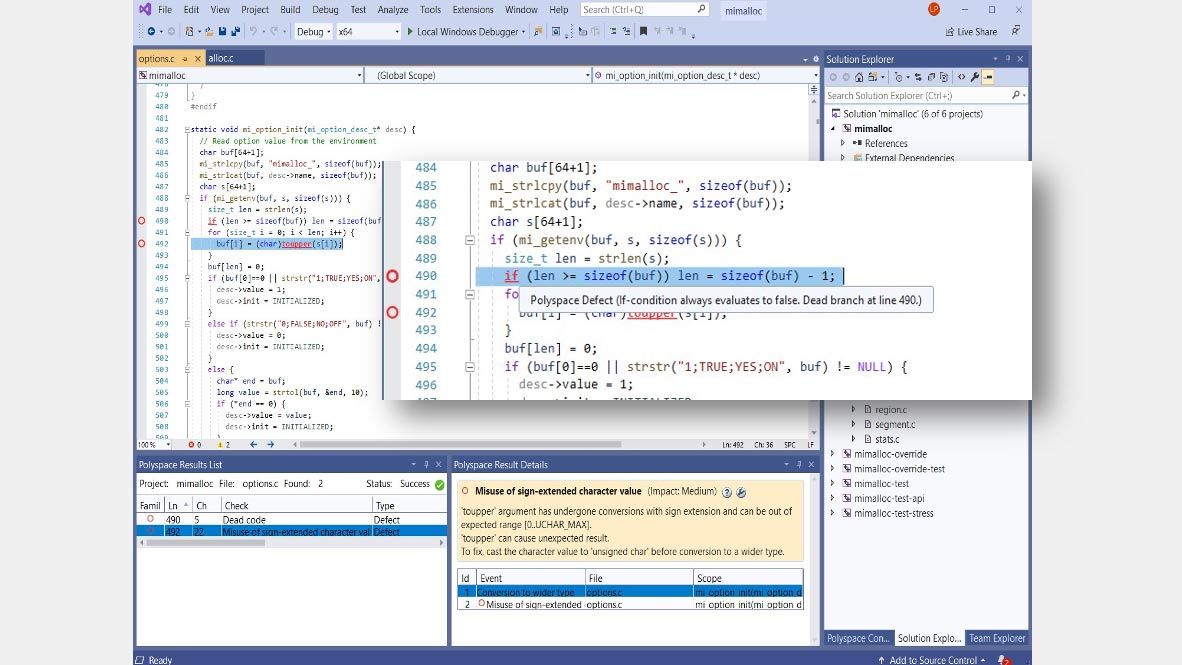 Identify Bugs from within Your IDE

Find bugs as soon as code is written or modified by using the Polyspace as You Code plug-in within an IDE such as Visual Studio®, Visual Studio Code, or Eclipse. Use APIs to integrate into other IDEs and editors.

Review Polyspace® results with source code in your web browser. Use navigation tools to investigate and triage results. Share findings and comments to collaborate with team members.

Static Analysis for Security and DevOps with Polyspace (46:00)

Request a trial Request a quote

Your message has been sent.