max value of a function

Matt J on 8 Aug 2022
⋮
Edited: Matt J on 8 Aug 2022
In general I use: x= double(solve(diff(func)));
This assumes there are no local min/max or saddle points.
if i try to use max() i get an error "Input arguments must be convertible to floating-point numbers.".
You cannot use max() with symbolic variables.

⋮
Edited: Matt J on 8 Aug 2022
It depends on what you can assume about the function. Some functions have an infinite number of local minima and maxima, e.g., sinc(x). You can't write code that will check them all.

⋮
This function is a sum of several functions (each of them has one peak), so I know how many peaks it can have at most. Does it allow me to calculate the max? 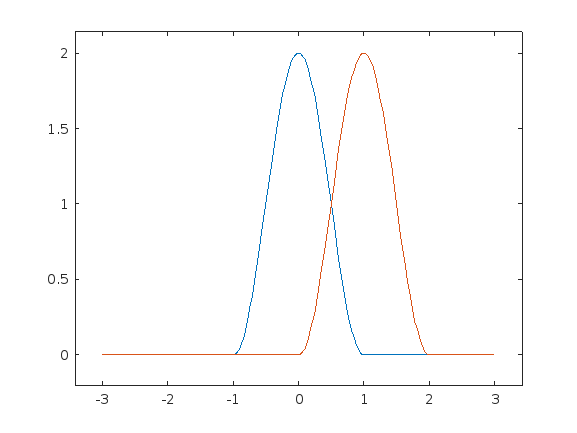 When we add them together though, we see there are infinite points where the derivative is zero:
fplot(@(x) f(x)+g(x), [-3,3]); axis padded 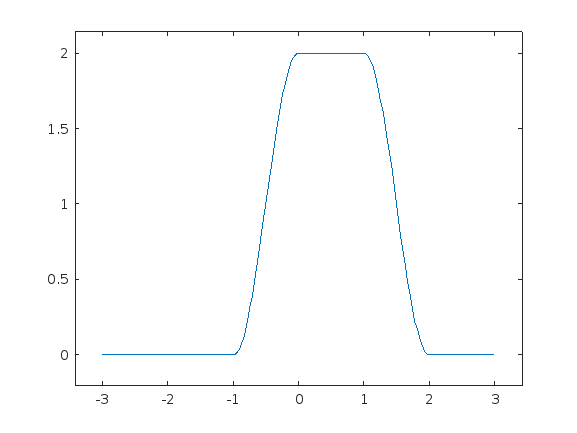 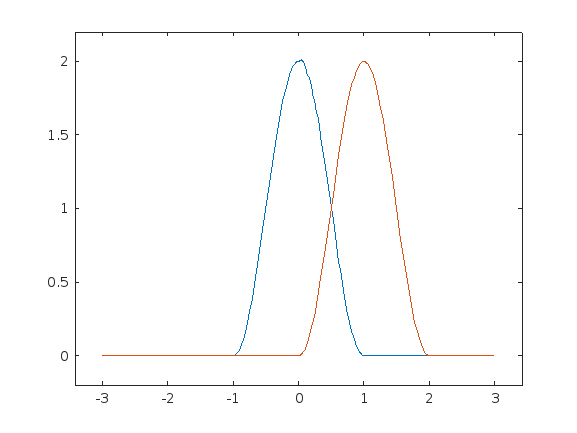 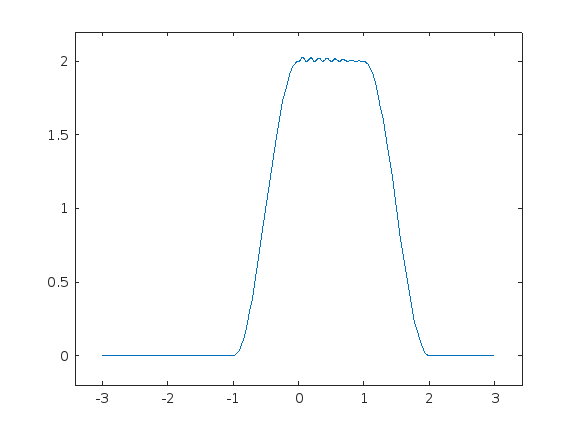 ⋮
I don't see how you could.
I am not a mathematician, forgive me if I'm not able to explain myself clearly. Let me try to explain what I am trying to do here.
This is a script calculating orthographic similarity between two words. For each letter I have a function that has one peak (d is a difference between the position of a specific letter in first word vs its position in the second one):
(exp(-(d-x)^2/3)
Then I sum the functions for each letter, so I get the function, that (as far as I understand) can have maximum as many peaks as the amount of letters. The func that I gave in my question is an example of the sum of functions for 2 specific words, and because of the letter combination it has two peaks. For further calculations I need only the maximum value of y (I don’t need the corresponding x, I don’t need to know how many peaks there is). Is that possible? 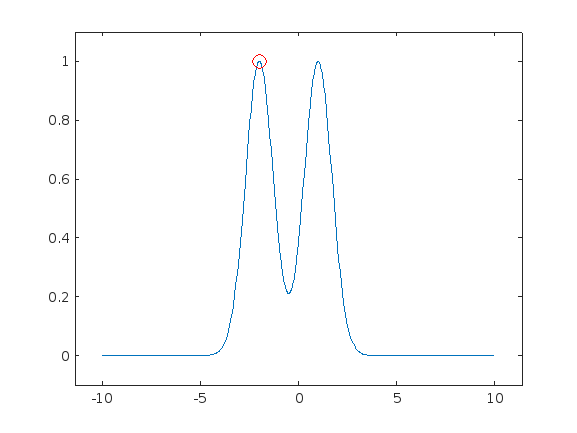 ⋮
Thank you so much. I will use this solution. 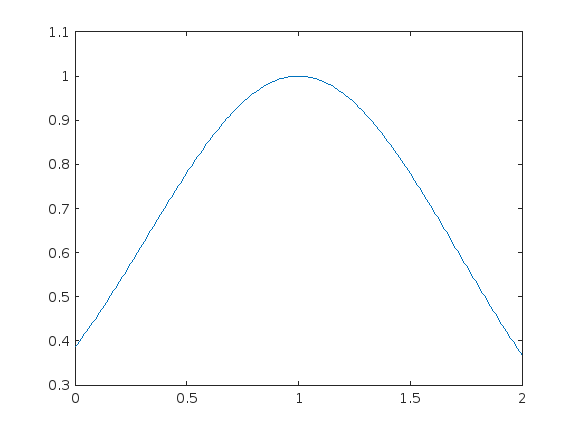