How to fit a curve into contour plot?

carola forlini on 19 Apr 2022
⋮
Commented: Rik on 20 Apr 2022
Accepted Answer: John D'Errico
Hi everyone,
I would like to fit a curve (draw black line) into a contour plot (please refer to the attachment).
Any suggestions?
Thank you,
Carola

John D'Errico on 19 Apr 2022
⋮
Edited: John D'Errico on 19 Apr 2022
Sometimes it is easier to just draw the curve yourself. I say this because the curve you drew might not have been the curve I would have chosen. I might have chosen something that goes more through the middle of the contour lines. And that means that your judgement about where you want the curve to be is most important.
Having said that, I would also point out that the AXIS scaling can be a significant factor in all of this. For example, consider the following set of contours: 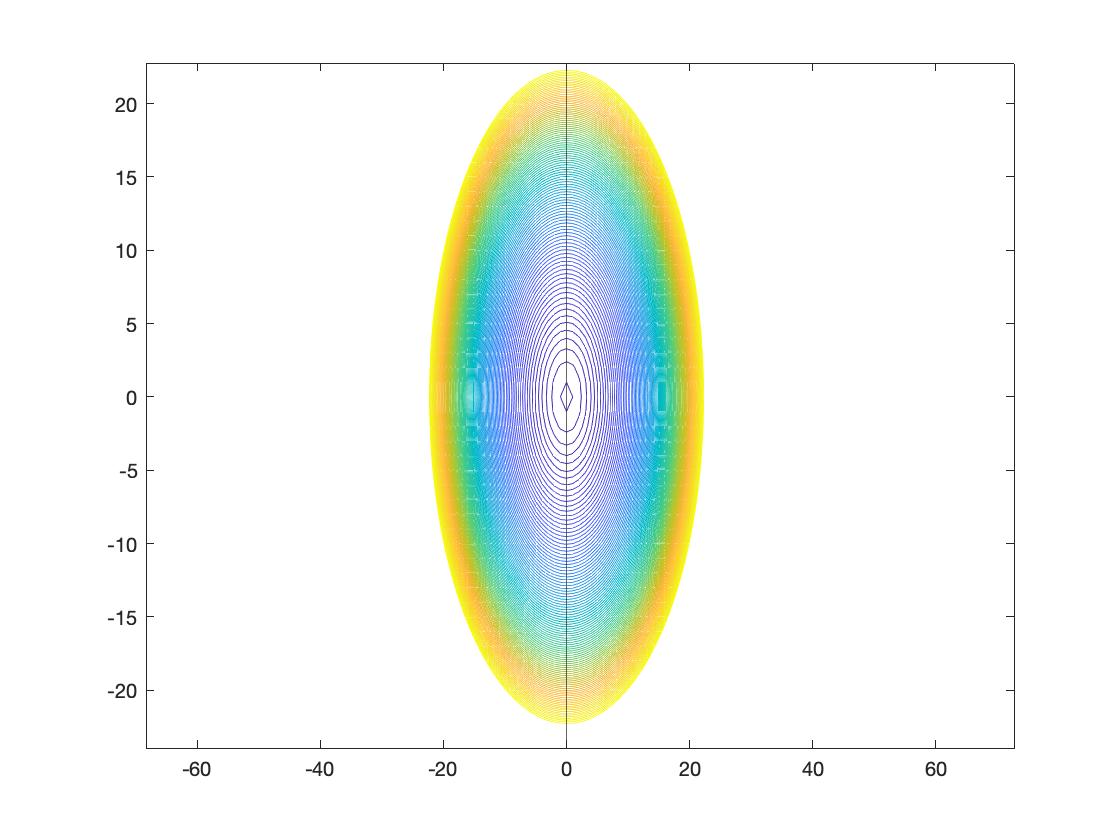 To me, it clearly looks like the line I would draw here, using the same logic I think you used, that line would be vertical. Right?
In this second contour plot, the line drawn would absolutely be horizontal, correct? 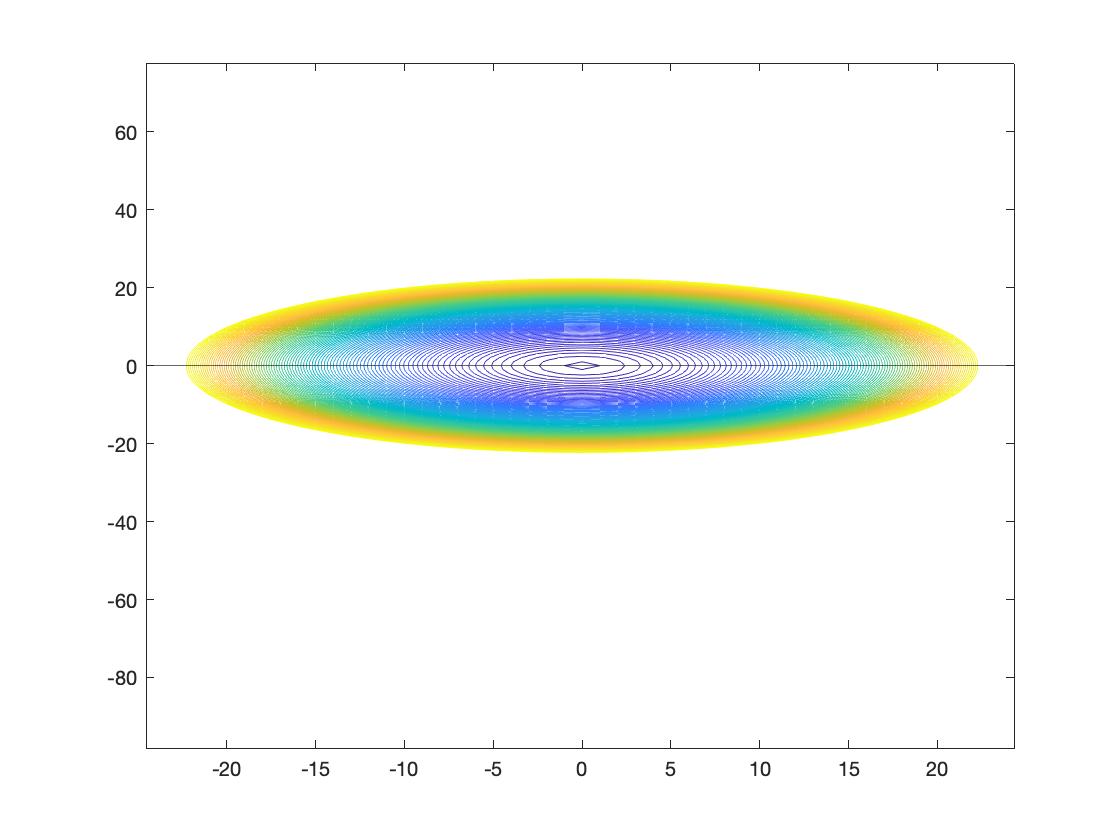 I drew in lines where I think you would draw them in each case.
But, what if I told you the only difference between those two contour plots was the axis scaling?
[X,Y] = meshgrid(-100:100);
contour(X,Y,Z,[1:5:500]);
All I did then was to carefully change the axis scaling, making the same set of PERFECTLY circular contours, now look like they were pointing in one direction or another.
Look carefully at the axes on the two plots.
So are you still ABSOLUTELY positive where that line belongs? If you are, then just draw it by hand. But I would still be asking if you really do know where that curve belongs?

⋮
Thank you for your comment. I will think more deeply about my problem.

⋮
I can't ask for much more than that. What you want to do may be entirely meaningful. But it is also easy to delude yourself into thinking you see something, when there is no signal to be seen.

⋮
Just to clarify, the signal I showed in the attachment is representing the spectrogram of a specific gravity wave recorded by pressure sensor during a field campain (you couldn't know since I didn't report the axis labels). I am trying to fit a curve along the "most energetic" part of the signal for future analysis.

⋮
Using a contour plot is probably the wrong solution. Yes, it gives you a pretty plot to visualize what you want.
But you can do what you want simply, by picking a given value for x. Now use a search to find the maximum value for y, at that specific value of x. (I might use a spline fit there, then find the maximum value of that spline interpolant.) Save that (x,y) pair. Repeat for the next value of x. Continue until done. When you have a set of (x,y) pairs, plot this, as y(x). Now the problem is reduced to finding a form for that relationship. It might be a simple thing, perhaps a low order polynomial might be entirely sufficient. Or perhaps you might decide to use a spline interpolant, or some nonlinear functional form, that would be appropriate based on some physical considerations, suggesting a viable model. I cannot know. But break this problem down into smaller ones. Solve each sub-problem.

⋮
Now use a search to find the maximum value for y, at that specific value of x.
@carola forlini
Is it this what is meant by "most energetic part of the signal" ?

KSSV on 19 Apr 2022
⋮
Get the contour line coordinates using the contour function and use polyfit. Read about polyfit.