Luke Hubbard on 16 Sep 2021
⋮
Commented: Luke Hubbard on 21 Sep 2021
When I do "Try This Example" for sequence-to-sequence classification using 1-d convolutions documentation, I hit an internal error after line 119. Tried two separate days with same error. Is this a known issue? Seems like documentation code should run without any errors if "Try This Example" is an option.

⋮
Can you show the full and exact text of the error you received? 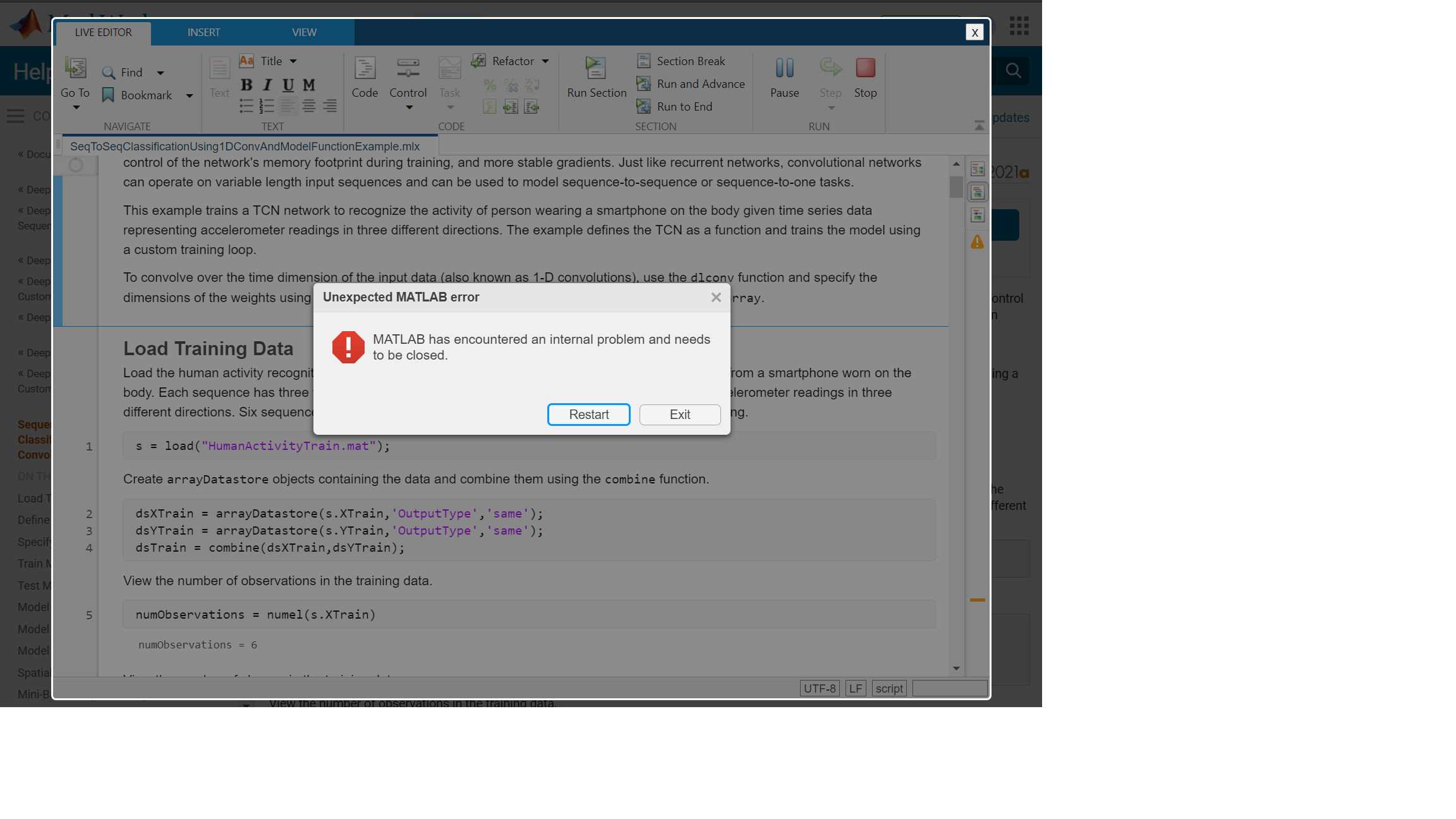 ⋮
Sorry for the very large image. I tried going through the example at home and on a work computer. They both produced this error. These computers don't currently have licenses on them, but I thought running "Try This Example" from the documentation link would allow me to get through the example. I was able to get much of the way through before the error occured. Another computer that is an offline machine and has a license 2020b was able to get through it using the "View MATLAB Command" option.

⋮
Hi Luke,
The error is likely due to their not being licenses on the machine.
David

⋮
So even from web browser documentation, some parts of some examples won't run without an active license on the computer? It stops on the second iteration of a for loop on line 196. So it does fine for k = 1 and then hits the error when k = 2. At k = 2, it hits an error inside the residualBlock function when trying to run dlconv() on line 236 of the script.

Opening dlconv(), it spawns the error on line 230. 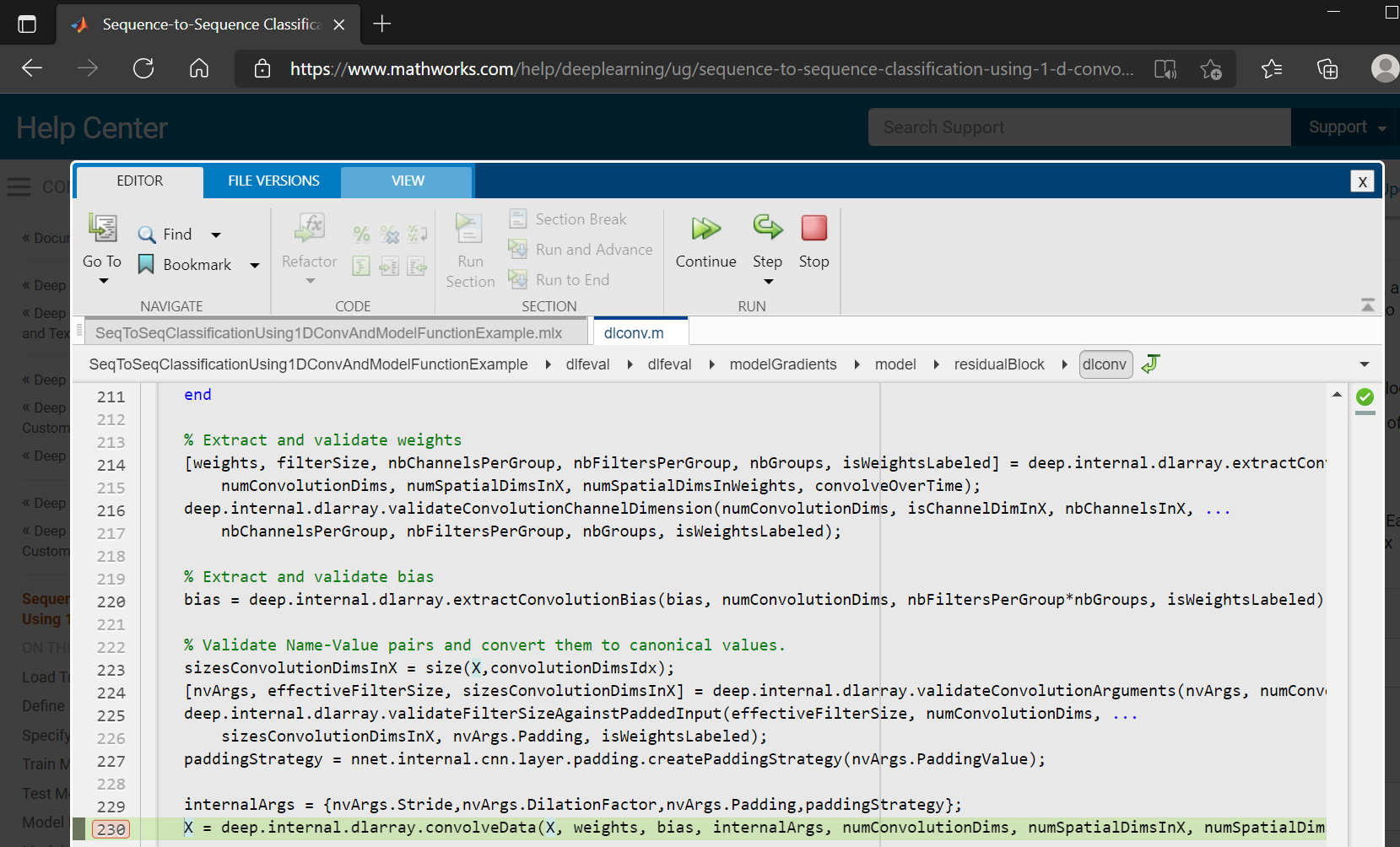 The inputs here at line 230 when k=2 in the %Residual blocks for loop of the script (line 196) are as follows:
X: 175x1x64480 dlarray
weights: 4-D deep.internal.recording.RecordingArray
bias: 1x1x175 deep.internal.recording.RecordingArray
internalArgs: 1x4 cell array =
{[1 1]} {[2 1]} {[4 0 0 0]} {1x1 nnet.internal.cnn.layer.padding.NoOpPaddingStrategy}
numConvolutionDims: 1x1 double = 1
numSpatialDimsInX: 1x1 double = 0
numSpatialDimsToConvolve: 1x1 double = 0
convoleOverTime: logical = 1
nbGroups: 1x1 double = 1
If it is a licensing issue, I am surprised that it takes until the second iteration of using a function to trigger the error. If it works for you on your computer, I suggest trying the online documentation route. This isn't a big deal to me now since I am back where I can run it on my offline computer using the documentation example that resides on my computer. It was just an obstacle to being productive when I was away from that computer and trying to run through the example online. Others may run into this issue at some point, so I thought it would be beneficial to bring it up.

David Willingham on 20 Sep 2021
⋮
Hi Luke,
The example runs fine on my machine running R2021a. What version of MATLAB are you using? (>> ver)
David