From the series: Improving Your Racecar Development

Spend more time on algorithm development and less time manually producing code. With the click of a button, you can bring algorithms to C/C++ code and hardware with code generation. Christoph Hahn and Application Engineer Andreas Uschold, both of MathWorks, walk through the basics of code generation and the tools available to simplify and speed up the process.

Code generation tools are a great alternative to manual coding, which is time consuming and error prone. There is a benefit to having the entire process in one tool chain where, for example, an electrical Formula Student team developing vehicle dynamics controllers, such as torque vectoring, can bring it to its CPU as quickly as possible.

Andreas depicts a typical industry workflow for code generation using the Design V, which is a design workflow used by many automotive companies. Looking at this in Simulink®, the example shown is a typical, closed-loop control system with a controller and a piece of hardware you want to control. To generate code out of the system, you simply press a button in MATLAB® and Simulink and get C/C++ code. The generated code complies with the ANSI ISO C standard and is as readable as good manual generated C code.

Ultimately, Model-Based Design helps detect bugs early and speeds up the development process. This is a great overview of code generation and we will go into the individual steps in more detail in future episodes.

Below are links to software and hardware products and services mentioned in the episode:

Two episodes of the MATLAB and Simulink Racing Lounge are closely connected to that topic. In the first video processor-in-the-loop (PIL) testing is explained more in detail and in the second video a top of the world electric Formula Student team explains their approach to code generation and testing. 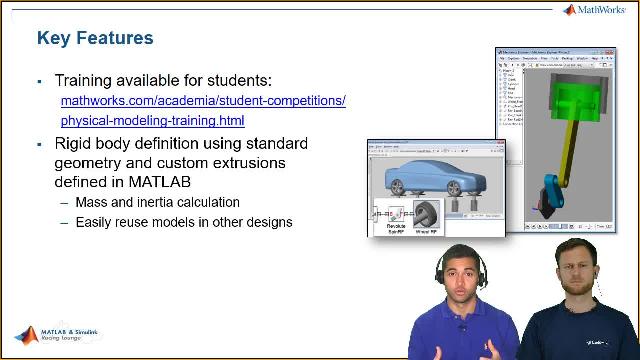 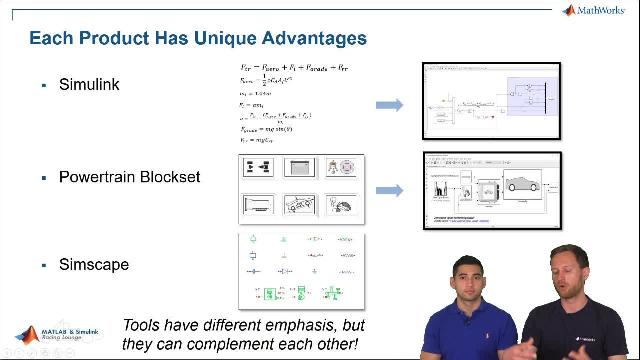 Vehicle Modeling Using Simscape Ed Marquez and Christoph Hahn from MathWorks show you how to create vehicle models for simulations of different powertrains using Simscape. Simscape is the language of physical modeling and it also allows users to model multi-domain systems. 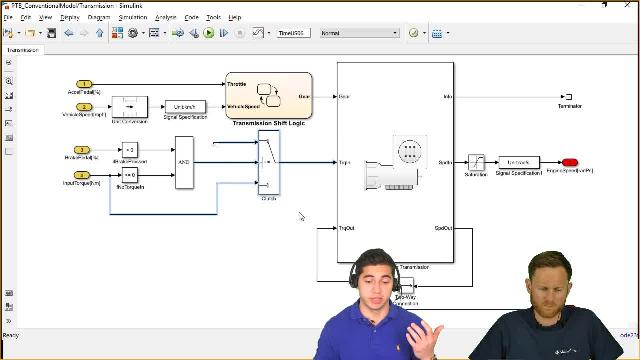 Vehicle Modeling Using Powertrain Blockset Ed Marquez and Christoph Hahn from MathWorks show you how to create vehicle models with Powertrain Blockset for simulations of different powertrains to help you make informed decisions during the design process. 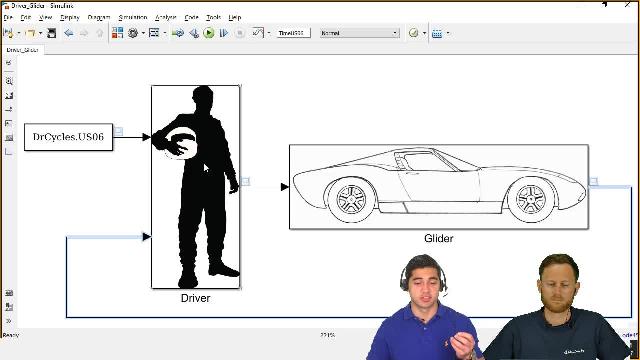 Vehicle Modeling Using Simulink Ed Marquez and Christoph Hahn from MathWorks show you how to create vehicle models for simulations of different powertrains to help you make informed decision during the design process. 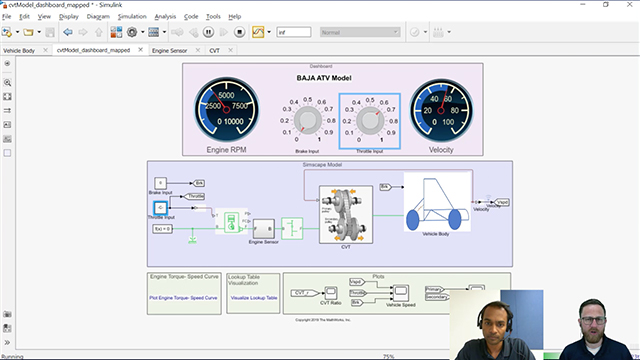 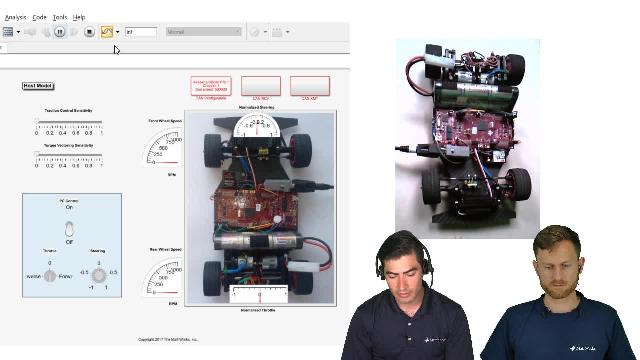 ECU Tuning and Data Logging Using CAN and Simulink Use Simulink to access data directly from your vehicle’s CAN bus and then integrate it into your simulations. Increase fidelity of existing simulations by replaying test data through virtual CAN channels without the need for further data processing. 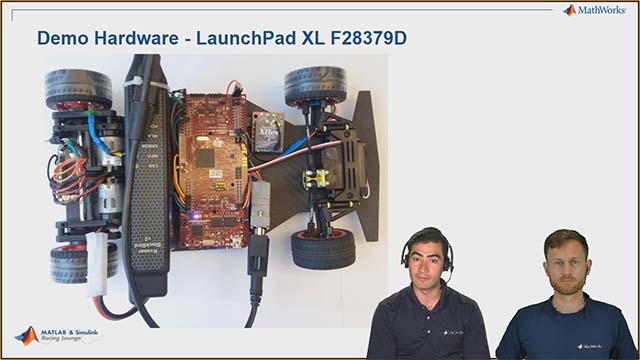 Real-Time Simulation and Testing of a Throttle Valve Controller Learn how to use Simulink Real-Time for rapid control prototyping and hardware-in-the-loop (HIL) testing. Naga Pemmaraju and Christoph Hahn guide you through real-time testing for a throttle valve controller using the Simulink Real-Time Explorer.

Developing Algorithms for ADAS Systems with MATLAB and Simulink Marco Roggero and Christoph Hahn, of MathWorks, explain how MATLAB and Simulink can assist in the development of an advanced driver assistance system. They will cover lane tracking, adaptive cruise control, and sensor fusion.

A MicroAutoBox Workflow Frank Schmidtmeier, of dSPACE, and Christoph Hahn, of MathWorks, guide you step-by-step through the workflow from reading sensor data to your Simulink model to auto-generated C code running on the ECU.

Processing CFD Simulation Data Use the matrix processing capabilities of MATLAB to work with your CFD simulation data. Christoph Hahn and Nicolas Gautier from MathWorks demonstrate how to get results into MATLAB and perform analyses. Find all models on the MATLAB FileExchange.

Virtual Test-Driving Model and validate your race car in a virtual environment. Prasanna Kannan, of IPG, and Christoph Hahn, of MathWorks, introduce you to the benefits of Simulink and the IPG CarMaker.

Modeling Physical Components, Part 2: Data-Driven Concepts Learn a variety of modeling methods to fit your racecar needs. We’ll demonstrate five modeling approaches and share tips on how to choose the right model. Also, find all models used in the episode on the MATLAB Central FileExchange.

Modeling Physical Components, Part 1: Mathematical Models Model the physical systems of your racecar and learn about the variety of modeling methods to fit your needs. Sebastian Castro and Christoph Hahn, of MathWorks, demonstrate five modeling approaches and share tips on how to choose the right model.

Principles of Control Design Create a robust controller with a Simulink

MATLAB and Simulink Racing Lounge: CAD Import in SimMechanics Learn how to Import a CAD assembly into SimMechanics using SimMechanics Link via a plug-in that lets you save your CAD file as an XML file, or an API that you connect to your CAD system.

Run a Simulink Model on Zynq: Code Generation and...

Increased Code Reuse with For Each Subsystems

Application of Automatic Code Generation for Rapid and...