From the series: Signal Processing and Wireless – Webinar Series

Massive MIMO is one of the key technologies that will make or break the 5G deployment, especially in mmwave frequencies. Due its complex nature, massive MIMO remains a challenge for infrastructure as well as handset designers. In this talk, we look at the challenges in beamforming during initial access as well as during tracking of connected mobiles. Computing the optimal beamformer weights for the analog and digital beamformers will also be discussed. Some simulation results will be provided for the PBCH channel and PDSCH channel.

In this talk, we look at the challenges in beamforming during initial access as well as during tracking of connected mobiles. Computing the optimal beamfomer weights for the analog and digital beamformers will also be discussed.

Dr. Ganesan Thiagarajan received the B. E. degree in Electronics and Communications Engineering from Thiagarajar College of Engineering, Madurai in 1991, the M.Sc. (Engg.) and Ph.D. degrees in Electrical Communication Engineering from Indian Institute of Science, Bangalore, India, in 1994 and 2014 respectively. He has more than 25 years of Industrial experience in the field of Signal processing and Communication system design, assuming various roles in Texas Instruments, Arraycom Inc, CA and Motorola. His research interests are in mmWave Radars, massive MIMO wireless systems, machine learning for signal processing, Quantum error correction codes, and their applications in modern communication systems.

He is currently the C.T.O of MMRFIC Technology Pvt. Ltd., Bangalore. He holds 18+ patents in USPTO. He authored several IEEE conference and journal papers. He was elected as IEEE Senior member in 2013. He is chair-elect of IEEE ComSoc, Bangalore chapter for the year 2020. 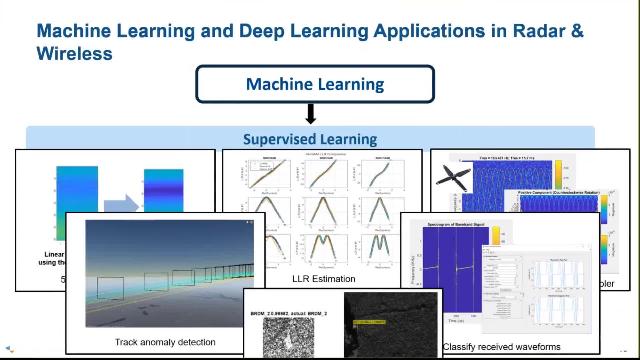 26:00
Radar System Modeling and Simulation for Automotive...
4:59
Using Apps for Phased Array System Design and Analysis
21:28
Unique Design for Position Feedback Setup in a PMSM for a...
2:09
University of Oxford Solves Large-Scale Optimal Control...
34:14
HyEQ: A Toolbox for Simulation of Hybrid Dynamical Systems