Simscape™ enables you to rapidly create models of physical systems within the Simulink® environment. With Simscape, you build physical component models based on physical connections that directly integrate with block diagrams and other modeling paradigms. You model systems such as electric motors, bridge rectifiers, hydraulic actuators, and refrigeration systems, by assembling fundamental components into a schematic. Simscape add-on products provide more complex components and analysis capabilities.

Simscape helps you develop control systems and test system-level performance. You can create custom component models using the MATLAB® based Simscape language, which enables text-based authoring of physical modeling components, domains, and libraries. You can parameterize your models using MATLAB variables and expressions, and design control systems for your physical system in Simulink. To deploy your models to other simulation environments, including hardware-in-the-loop (HIL) systems, Simscape supports C-code generation.

Assemble a schematic of your system with lines that represent physical (acausal) connections. The equations for the network of mechanical, electrical, hydraulic, and other components are derived automatically.

Mass-spring-damper expressed as a block diagram and a schematic.

Simscape models are easy to understand and interpret because each model matches the physical structure of the system. You can clearly see all the systems in your model and how they are connected to one another.

The modular interface of Simscape components lets you employ them in new designs with no extra work. Your library of custom models can be reused across many application-specific projects.

Draw from thousands of components covering many physical domains and fidelity levels.

The Simscape libraries include foundation elements, such as resistors, springs, and valves, and more complex components such as electric drives, transmissions, and heat exchangers. Example models show how to combine them to extend the libraries.

Simscape Foundation Library with components from many domains.

Simscape libraries include models in more than 10 physical domains, such as mechanical, electrical, and two-phase fluids. You can select the domain that includes the physical effects required for your application. Example models show how to tailor domains to new technologies.

Simscape blocks let you account for or ignore physical effects, such as friction, electrical losses, or temperature-dependent behaviors. You can adjust the level of fidelity of your model to capture just the right amount of detail for the analysis you want to perform.

Create components that match the behavior of your system.

Specify physical component behavior by using differential equations and algebraic constraints in an equation-based modeling language. Define implicit equations so that your custom models integrate with components from the Simscape libraries. The syntax is based on MATLAB, so it is easy to learn.

Equations for an ultracapacitor implemented in the Simscape language.

Specify exact physical behavior using continuous variables and abstract behavior using discrete events. For example, use a detailed model to capture electrical losses during a switching event in a power electronic device, or an abstract model to see the effect of many events on system-level performance.

A switch model with event-based and continuous equations.

Streamline maintenance of your custom models by importing classes into a new textual component definition and assembling a new component within that file. Ensure consistent interfaces by defining subclasses and inheriting them into other components.

Components are reused and connected in a Simscape language file.

Use physical model simulations in a wide range of engineering tasks.

Simscape automatically formulates the equations for your entire physical system. After parsing your schematic, Simscape uses symbolic manipulation and index reduction to identify the mathematical formulation that most efficiently represents your system.

Model of a vapor-compression refrigeration cycle in which the high-pressure portion of the cycle operates in the supercritical fluid region.

Simscape can use Simulink solvers and includes solver technology designed to simulate DAEs. Simscape suggests which solver and settings you should use based on the content of your model, and you can adjust those settings to balance the tradeoff of accuracy and simulation speed.

Simscape solver options, including a solver designed to simulate DAEs.

Simscape uses specialized simulation technology for real-time simulation. You can limit the computation effort per time step as needed to achieve real-time performance. Simscape can be used for HIL testing, training simulators, and other situations that require synchronized execution with a real-time system.

Rapidly explore and improve the performance of your design.

Quickly explore the simulation results from your Simscape model, including variable values and the timing of events. Navigate directly from plots of the results to the model (including blocks and individual equations) to investigate the causes of the behaviors you observe.

Identify computationally intensive portions of your model using the Simscape Statistics Viewer. Assess complexity using quantities such as variables, equations that can trigger events, and constraints. Determine which changes will improve the performance of the model during simulation.

Find the causes of slow simulations using the Simulink Solver Profiler. Plots and tables show solver behavior during simulation to help you identify model and solver adjustments that can speed up your simulation.

Use models throughout the entire development process, including testing of embedded controllers. 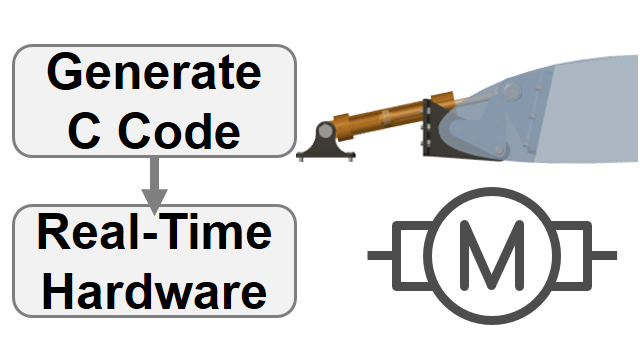 Convert your Simscape model to C code to accelerate simulations. Run tests in parallel by deploying simulations to multiple cores on a single machine, multiple machines in a computing cluster, or a cloud.

Collaborate with Other Teams

Tune and simulate models that include advanced components and capabilities from the entire Simscape product family without purchasing a license for each Simscape add-on product. Share protected models with external teams to avoid exposing IP.

Models using Simscape add-on products can be shared with others who have not purchased those products.

Test in a single simulation environment to identify integration issues.

Applications and Tasks in Simscape Multibody (3:57)

Data and models from many domain-specific tools can be imported into Simscape.

Enable software programmers and hardware designers to collaborate early in the design process with an executable specification of the entire system. Use simulation to explore the entire design space.

Automate any Task with MATLAB

Use MATLAB to automate any task, including model assembly, parameterization, testing, data acquisition, and post-processing. Create apps for common tasks to increase the efficiency of your entire engineering organization.

Animation showing use of MATLAB commands to construct an RC circuit.

Use Simulink to integrate control algorithms, hardware design, and signal processing in a single environment. Apply optimization algorithms to find the best overall design for your system.

Reduce the number of design iterations using verification and validation tools to ensure requirements are complete and consistent. Ensure system-level requirements are met by continuously verifying them throughout your development cycle. 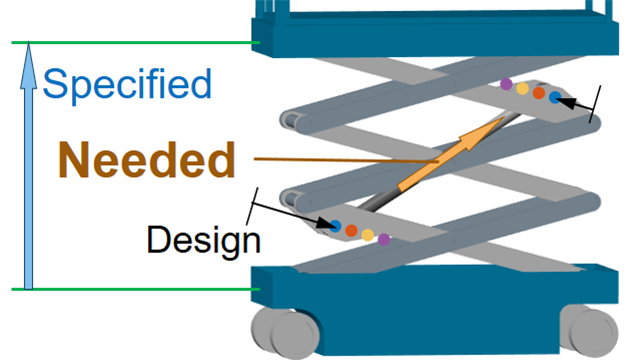 Specify equations to be executed during model initialization only

Measure thermodynamic properties based on a unit mass of dry air

See release notes for details on any of these features and corresponding functions.

Get a Free Trial

30 days of exploration at your fingertips.

Are You a Student?

Get MATLAB and Simulink student software.