AM on 19 Jan 2021
⋮
Edited: Brian Fanous on 20 Jan 2021
Accepted Answer: Brian Fanous
I am using an IMU which provides absolute orientation of the sensors frame S relative to an earth-fixed frame N in form of a unit quaternion

(i.e. rotation from frame N to frame S). The first field of the provided quaternion is the scalar part, which I believe agrees with MATLAB notation. In my experiments, I first obtain an initial orientation (when the sensor is relatively static)

, and I would like to obtain the relative orientation of the sensor in the form of ZYX Euler angles (more precisely

).
Here is the procedure that I have tried:
First, I invert the initial orientation,

then, I use the result the obtain the relative quaternion as follows,

(I have also tried

, but that does not give the correct result either).
Finally, to visualize the results, I convert the relative orientation to Euler angles. I also have reference trajectories calculated in a motion capture software which uses the same data. However, my result looks completely different (and wrong) as seen below, 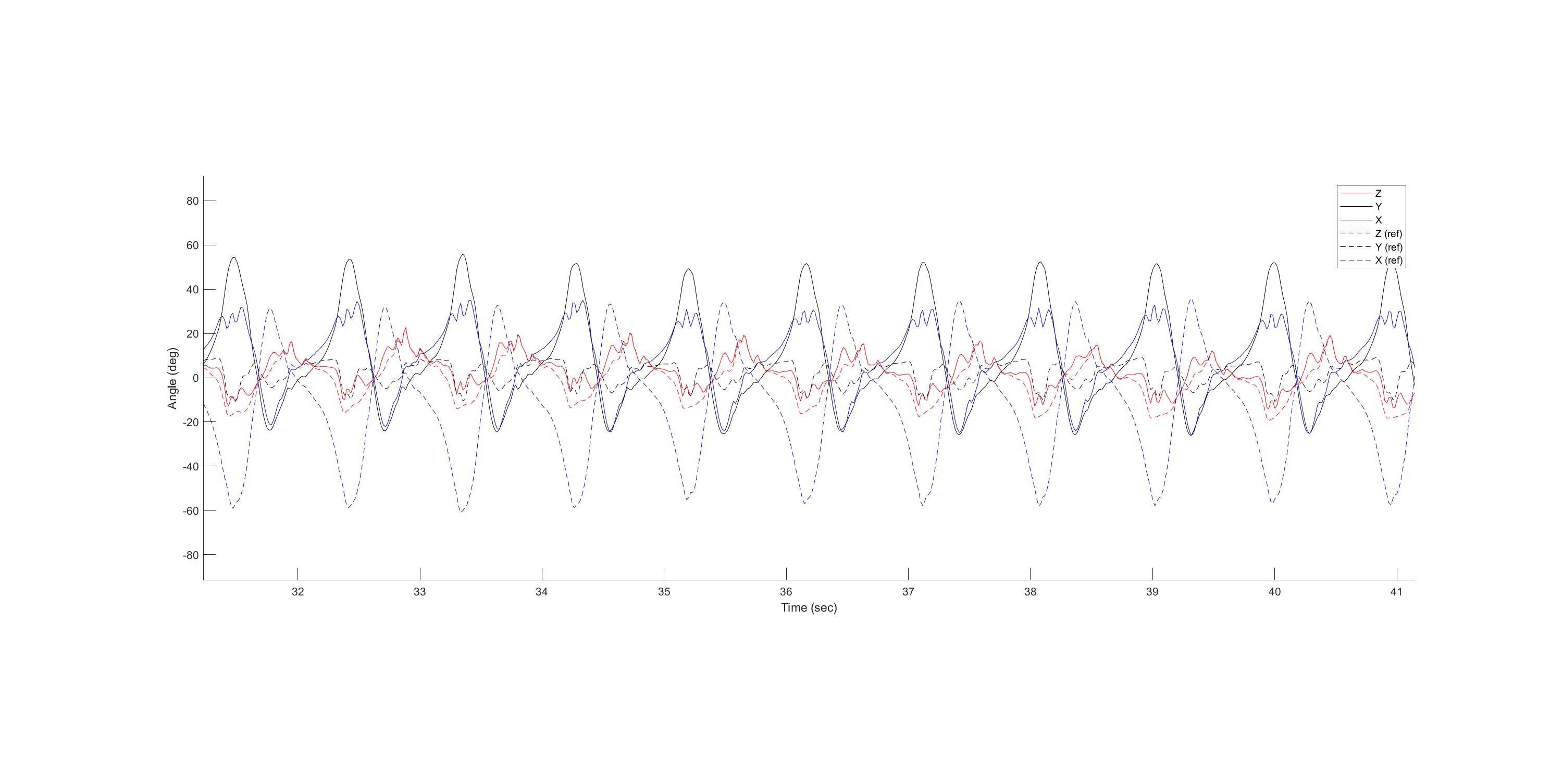 Curiously, if I manually set the Z and Y rotations of

to zero (and then convert the result back to quaternion form), the angle trajectories match exactly (except for the offset of Z and Y). 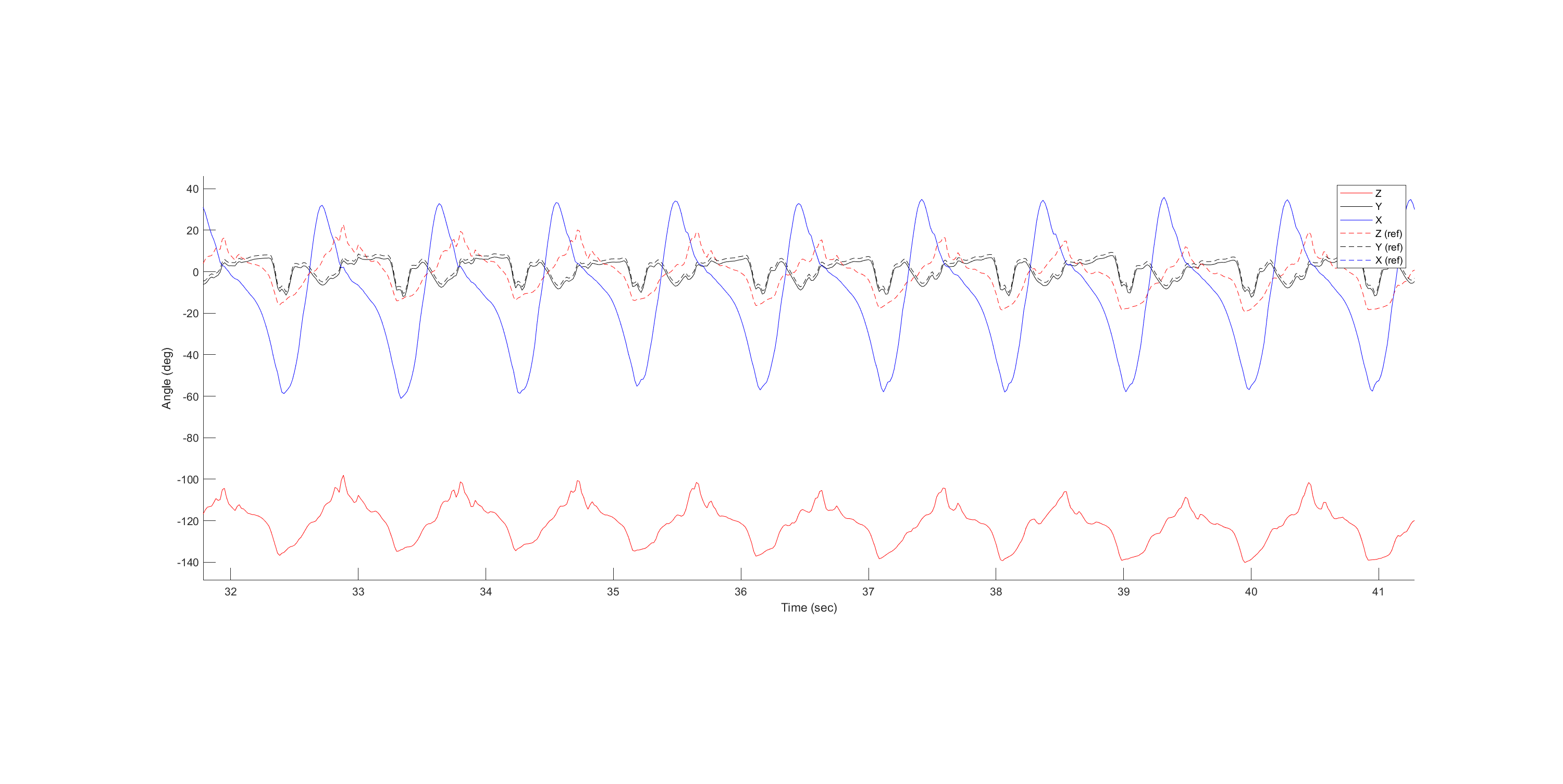 What am I doing wrong?
This is the MATLAB code that I'm using. Note that initQ is

and a third rotation that you are looking for which denotes the difference in orientation between these two, call it p. These should be related by:

are both quaternions representing the rotation that takes the global frame to the sensor frame, but just at different time instances. Can you describe a little be more? Are you trying to find the change in orientation from the initial orientation?

⋮
Yes, I am trying to to find the change in orientation from the initial orientation. The IMU is placed on a person's foot.