How to add Common gear to a Simulink Multibody imported from Solidworks?

Daniel Sweeney on 21 Mar 2018
⋮
Commented: Usman Saleem on 4 Sep 2020
Modeled a SCORBOT in Solidworks for a class I am taking, was able to import into Simulink with no issues. Trying to connect the gears that cause main body of robot to rotate around base. Connected the 'common gear' block several different ways between the two spur gears, but continue to get: "['Robot_with_Gear']: Following errors were found in the model Robot_with_Gear. Caused by: ['Robot_with_Gear']: * Model not assembled: position violation * Resolve this issue in order to simulate the model.
The files attached are of the assembly after importing to simulink, one before adding the 'common gear' block and one for after. 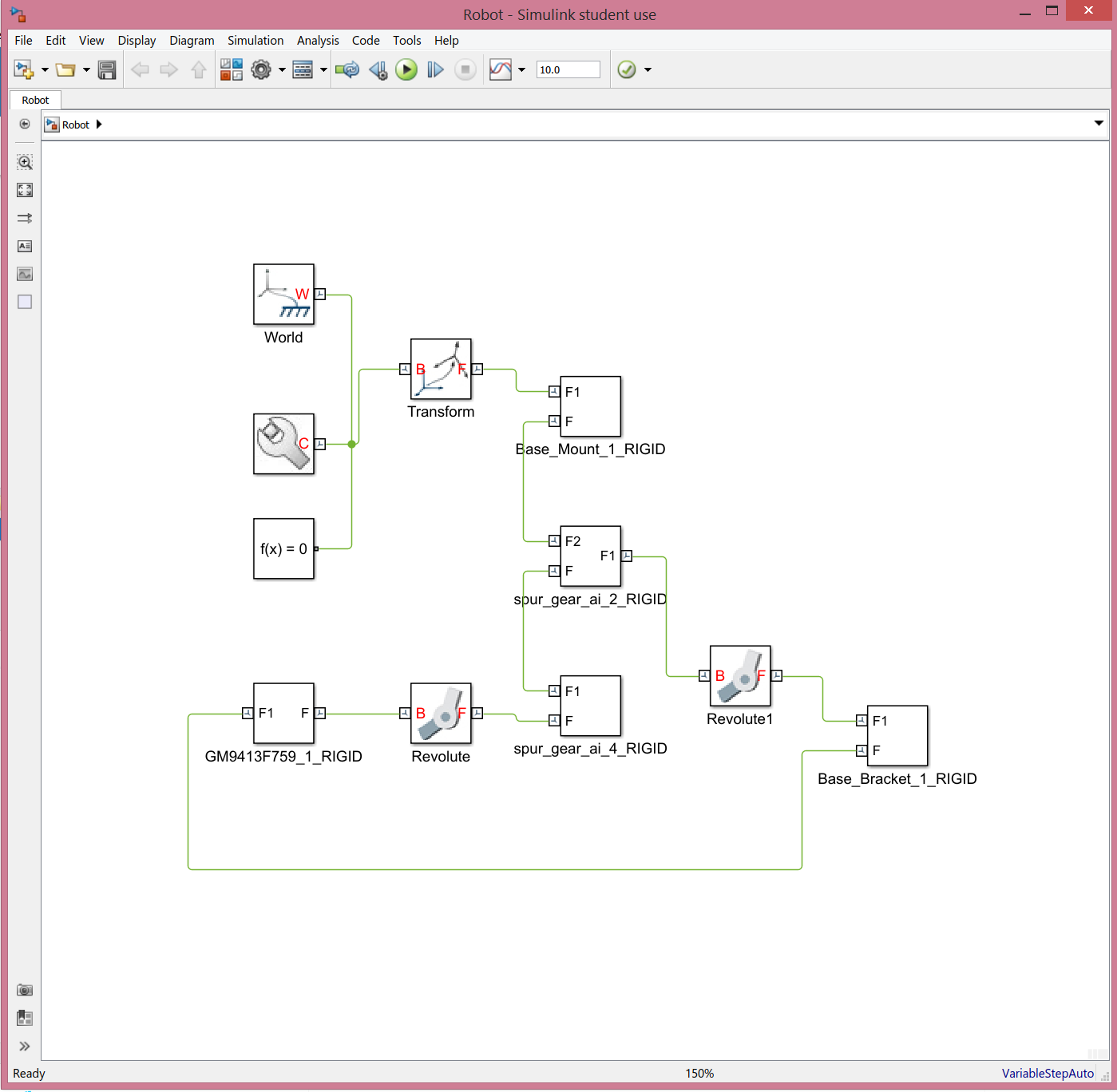 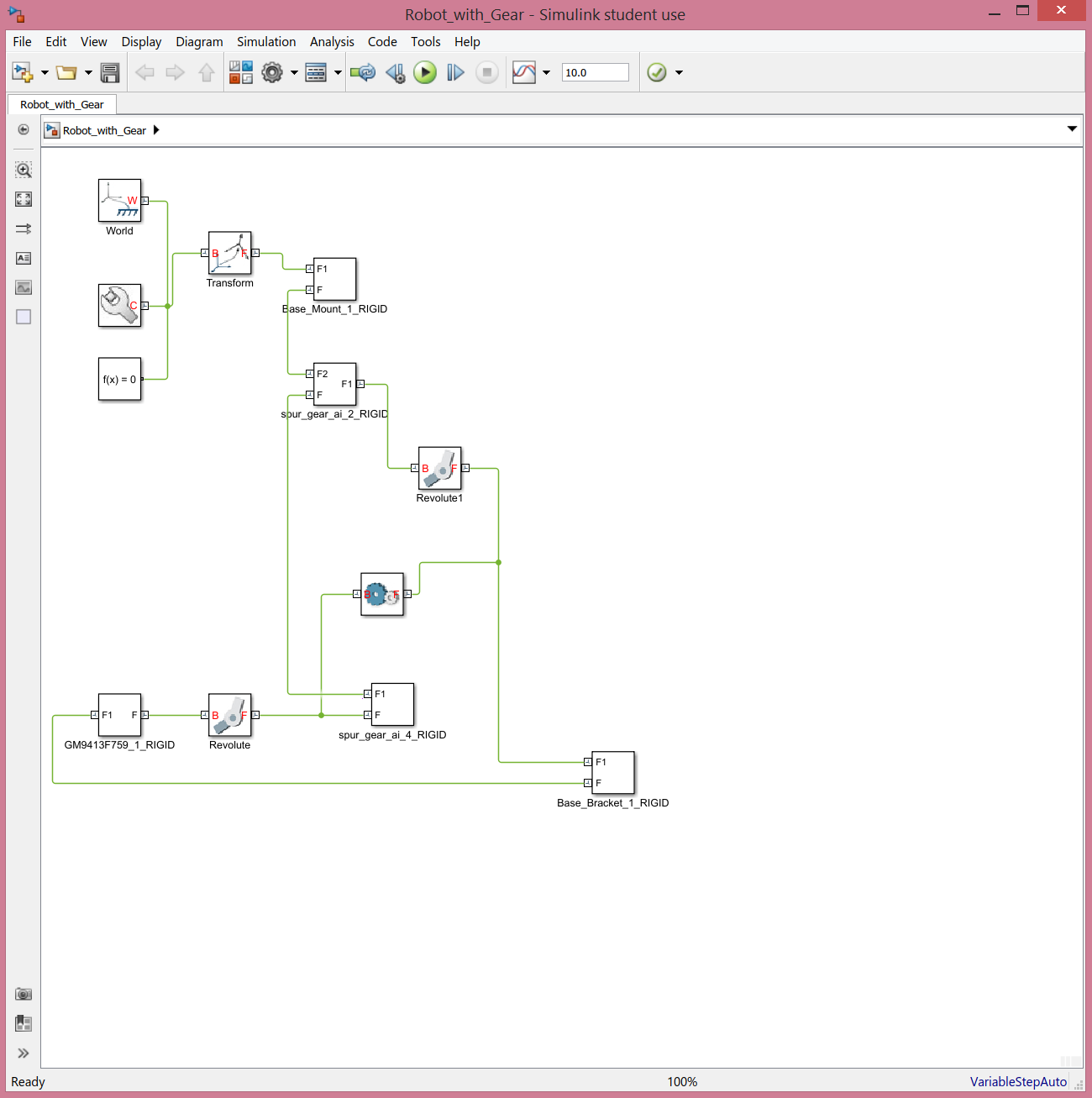 ⋮
Hey, I was designing a mechanism and came across the same error. No matter where I attach the gear constraint, simulink gives me the same error. Should I make a separate question? I was wondering if you figured it out somehow?