Why is fitlm (or regess) and estimation using mathematical equations giving different results? 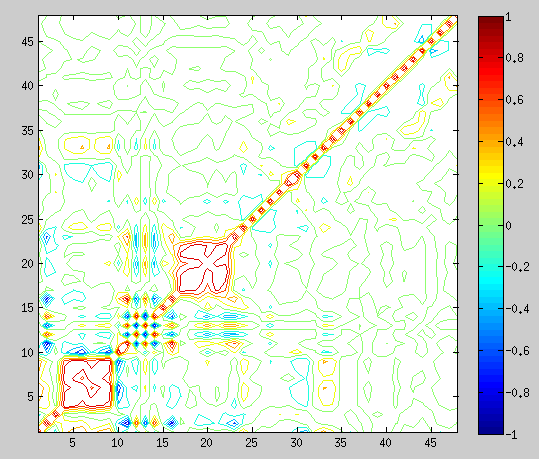 Tom Lane on 23 Feb 2016
⋮
The first two columns of coefficients have what appear to be exact zeros in row 13, corresponding to column 12 of X because of the constant. I suggest you try fitting a model with column 12 of X as the output (response) variable and the rest of X as the input (predictor) variables. I suspect you will find that column 12 is very close to an exact linear function of some set of other columns.
Inverting X'*X is notoriously ill-conditioned. Another way to do this is b=X1\Y, which is in principle the same thing but better conditioned.