i have to plot the percentage of heads by the times token is trowed times, in a game of head or tail, but a need help for doing that. What can I use in my plot? 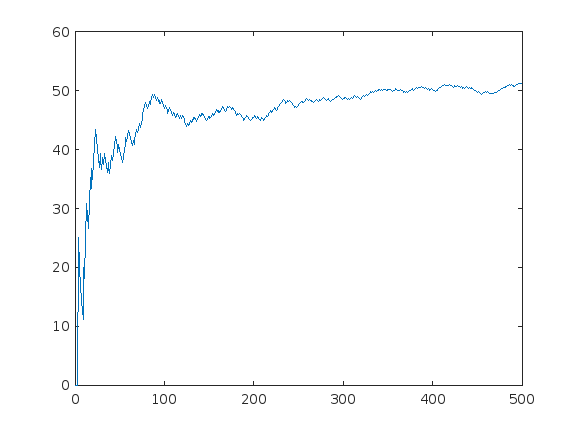 ⋮
@LUIS Clarification note: at the end, this will give you the probability for one experiment of tossing it 500 times. It does not give you the probability as a function of N (my code doesn't either) where N varies. If that's what you want, that's fine. And if the N is small, like 20, you can see from this one experiment's plot, it might give a probability of 30% instead of 50%. That's why I said to toss it 20 times like a million times - to get the true probability for 20 which should be 50%. But if what you want is to see the fraction as it approaches 50% as the number of tosses increases, then this shows it to you. Just be aware that the count for a certain number of tosses is not the probability for that number of tosses.
If you want a probability for all N, you'd need another, outer loop to have N vary.
for N = 2 : 500
instead of having N be fixed at some number like 20 or 500. So in essence you'd be building up an array giving the final value only of the plot above as N increases.

Image Analyst on 29 Jul 2022
⋮
You need a nested for loop. The inner loop will throw the token/coin N (or n) times and give you a percentage for that one experiment. Now you need to do that experiment a lot of times, like a million times or so, and that will be the outer loop
numExperiments = 1000000;
numTossesPerExperiment = N;
for k1 = 1 : numExperiments
countsThisExperiment = 0; % Reset counter.
% Toss coin N times counting the number of heads.
for k2 = 1 : N
% to do
end
% Record the percentage for this experiment
counts(k1) = nnz(x) / N;
end
histogram(counts);
grid on; 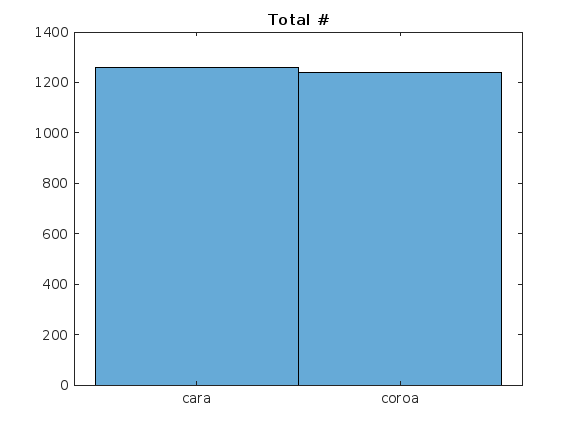 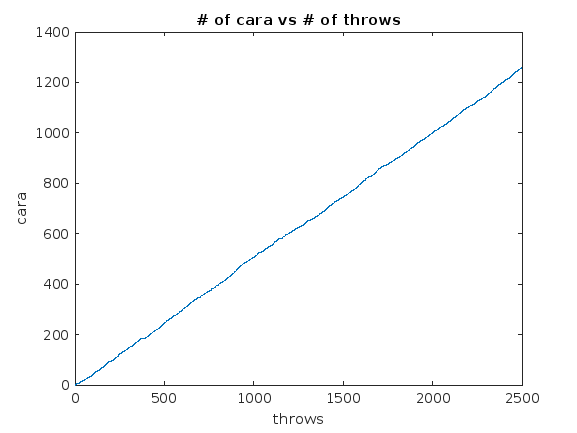 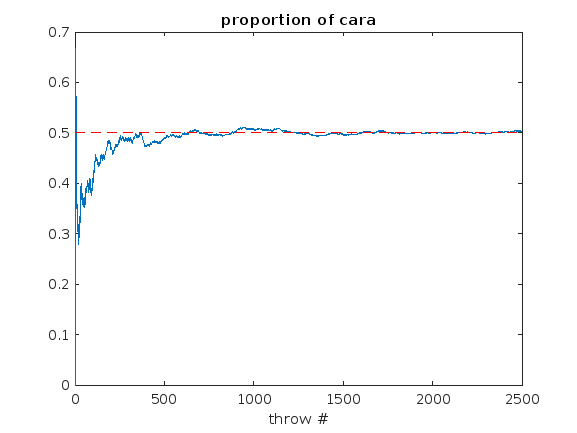