why surf function does not show complete data 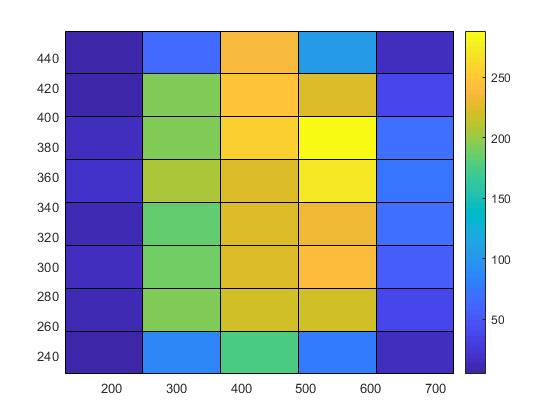 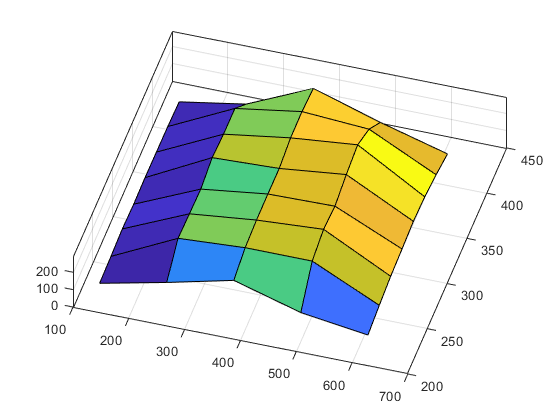 ⋮
See my answer. The complete grid was surfed. You just need to focus on the correct thing. 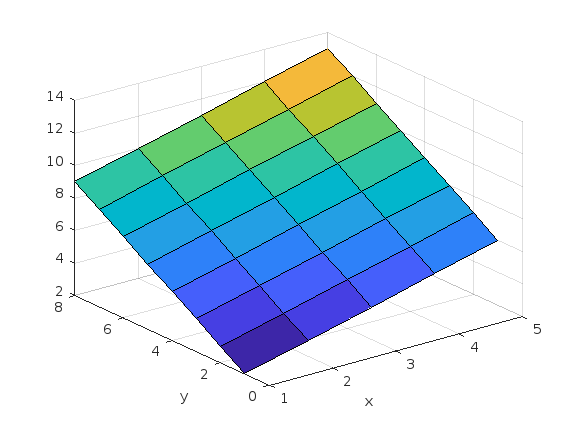 Look carefully now, and count. z was a 8x5 array. So there are 5 lines perpendicular to the x axis, and 8 lines running perpendicular to the y axis.
Again, we see only 7x4 patches. But that is not what you need to be looking at. It is the black lines that correspond to the grid you plotted. Perhaps better is to completely turn off the facets, to then see what is being plotted. Do you see here, that the grid plotted really is a 8x5 grid? The facets you saw in the surf plot were just an illusion.
mesh(x,y,z,'facecolor','none') 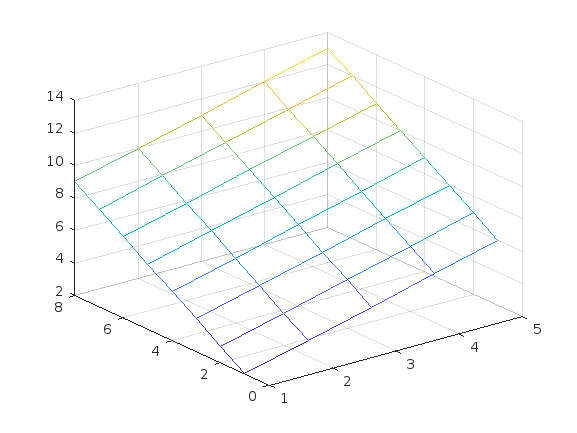 Perhaps another way to look at it is to use a shaded surface, with interpolated shading.
H = surf(x,y,z);
H.FaceColor = 'interp'; 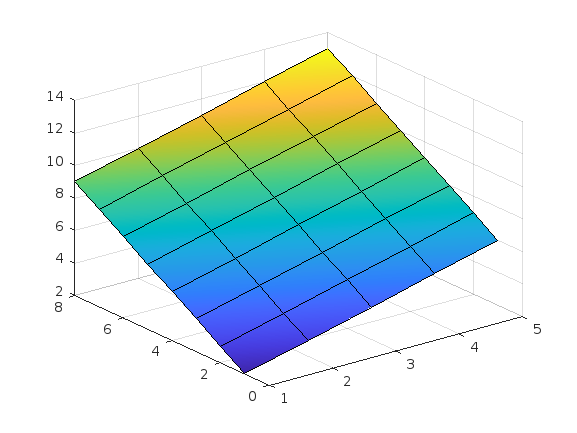 Again, we see that the real surface is truly derived from an 8x5 grid. COUNT THE EDGES! The patches here now have interpolated colors, which does not suggest a 7x4 array, as does the basic result that comes from surf.
My guess is it is not that hard to be confused. But that is what happened. You mistook the patches as showing what was significant, but in reality, it is the edges that really matter. (Note that pcolor and surf are in reality the same thing, except that pcolor is just a surf viewed from directly above.)
pcolor(x,y,z)
colorbar 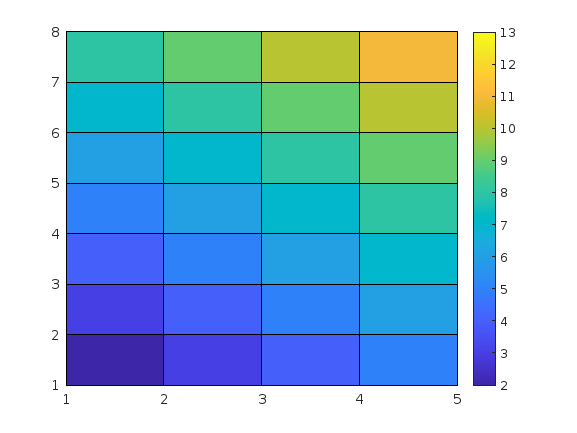 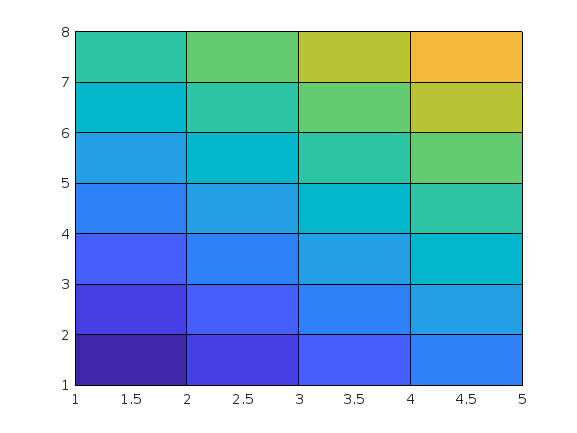 So pcolor is just a call to surf, then shifting the view angle to directly above.
If you look carefully at the code for pcolor, you will see this line of code near the end:
set(cax,'View',[0 90]);
Surely you CANNOT say there is any difference in what pcolor shows, compared to surf? It is the same 8x5 grid. The colored patches are identically the same number whether pcolor or surf plotted them, always a 7x4 grid of PATCHES. But it is the lines that are what correspond to what is plotted. Don't focus on the patches.

⋮
Edited: Ham Man on 8 Jul 2022
Many thanks John, could you please plot pcolor of your example and then compare with your surf plot? I'm not sure if they are comparable in trems of patches.
why the number of patches are different in surf and pcolor?! 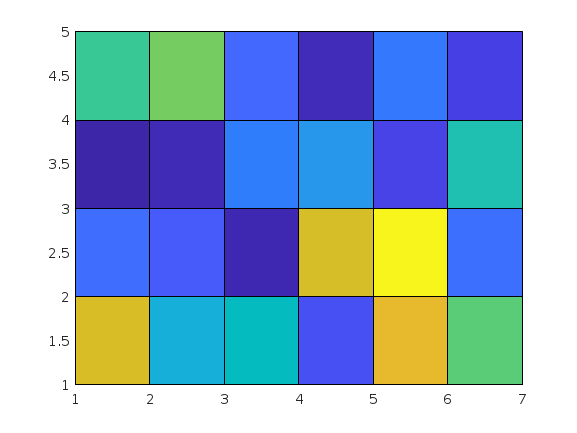 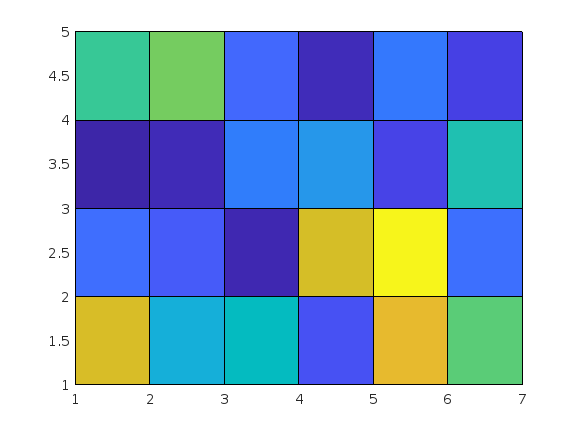 ⋮
What you showed in your question is an issue only because we don't know how you plotted them. When you show only a picture, we don't know what code generated it. And that means you were plotting two different things.