Is this another bug in imread(), or is this just a forum problem?

DGM on 11 Apr 2022
⋮
Commented: DGM on 24 Jan 2023 at 22:47
Accepted Answer: Image Analyst
Ran in:
I've been finding that imread() will no longer correctly process images with alpha content when I try to use it in forum posts.
Attached is a simple test image consisting of a flat purple field, and an object shape defined strictly by alpha alone. 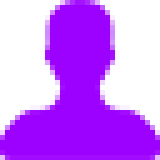 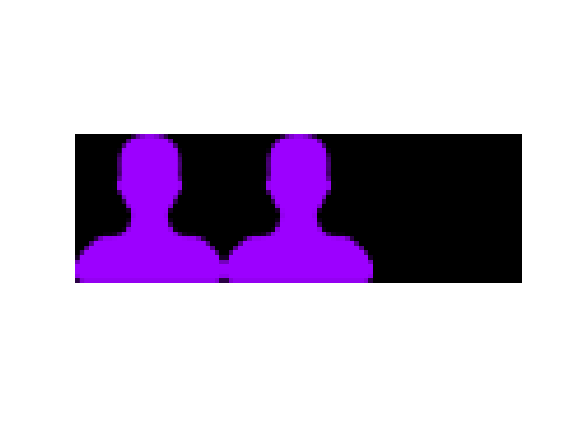 I shouldn't have to say that's wrong. This is what R2019b shows. The second and third images are the color and alpha content as described. The first image is the composed image that imread() frustratingly (but expectedly) returns when the short syntax is used.

So imread() appears to no longer be able to handle images with alpha. It behaves like the short syntax is being used, returning a composed image and an empty array for alpha.
I'm calling on people with newer versions than I have. Is this another new bug in the R2022a version of imread(), or is this just something that's broken only on the forum editor for some reason? The attached image and code snippet should suffice for a test. 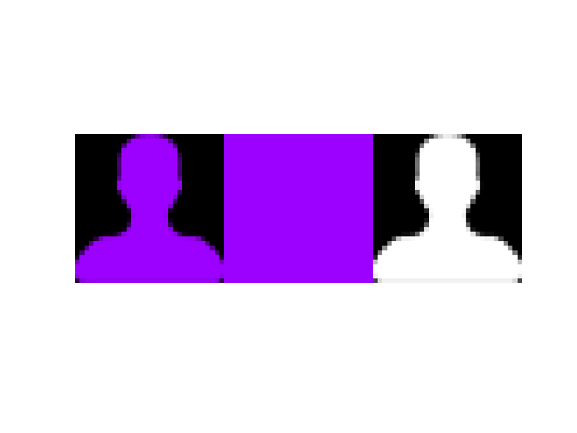 ⋮
Thank you for the attention on the matter. This will definitely simplify making examples on the forum.

Image Analyst on 11 Apr 2022
⋮
Ran in:
Running the code in the Answers editor gives you first image you posted, without the black head. If you run it in desktop MATLAB 2022a you get the second image with the white head.
[B,~,alph] = imread('icon.png');
whos alph
Name Size Bytes Class Attributes alph 0x0 0 double
If I run the same code it in the Desktop I get
Name Size Bytes Class Attributes
alph 160x160 25600 uint8
I don't know why there is a difference.

⋮
I wasn't really expecting that. I find it baffling that a forum-only bug is possible, but I guess that's the case. I wonder what changed. It makes me wonder if this ordeal was just a forum-only anomaly too.

⋮
I've let the developer know, but the forum definitely does not have all the full capability of desktop MATLAB particularly when it comes to display things or interacting with the display or image. For example, the impixelinfo function, as simple as that is, doesn't work if called from the Answers editor.

⋮
Edited: DGM on 11 Apr 2022
Thanks for getting some attention on this. I kind of expect some of the graphics tools to be nonfunctional, especially things that require interaction. That said, I don't see why imread() would behave differently, especially in such particular ways.

⋮
For what it's worth, this question appears to also be a forum-only misbehavior of imread()/imfinfo():
https://www.mathworks.com/matlabcentral/answers/893347-is-there-a-bug-in-imread-or-imfinfo-with-multiframe-gifs-in-r2021a-b