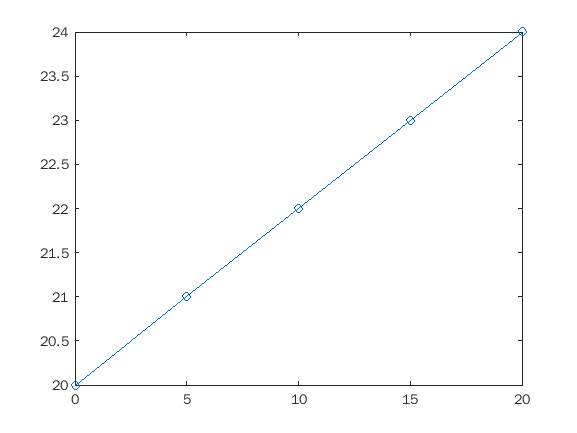 Of course, this case can still be simplified to avoid the loop, but that defeats the point of talking about the loop.
This may be complicated if the while loop is actually necessary. If I assume that this is a simplified example and that in practice, the code inside the loop is more complex and the number of loop iterations cannot be known, then preallocating the vectors might not be exactly possible. There are a couple things you could do.
The simple thing would be to just grow the vectors. This isn't ideal and can slow things down. Considering what's being done here, it's probably still faster than calling plot() inside the loop. For a total of 5 points, the cost is entirely negligible.
figure
A = 20; % initial conditions
t = 0;
k = 2;
while t < 20
A(k) = A(k-1) + 1;
t(k) = t(k-1) + 5;
k = k+1;
end
plot(t,A,'-o') % line and/or markers work

@Mrutyunjaya Hiremath shows another method of growing the vectors by using concatenation instead of indexing. That approach is often convenient in some circumstances, but the arrays are still growing instead of being preallocated. Again, the expense wouldn't matter if the task is actually this small.
If the vectors are going to be large, it may be worthwhile trying to find an upper boundary on the vector size, preallocate vectors that size, and then when the loop exits, truncate the excess based on what value k is.

⋮
Hi, thank you. This was very helpful. 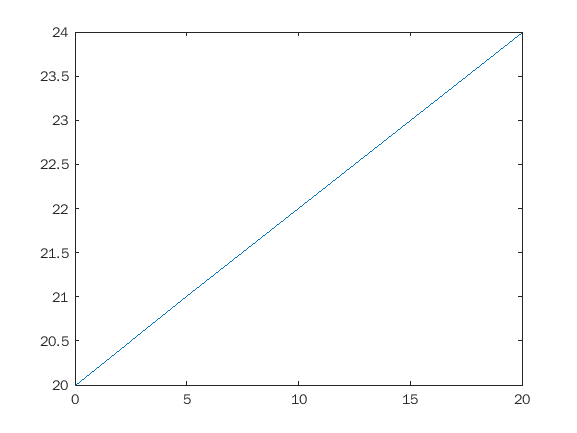 ⋮
thank you this worked for me!