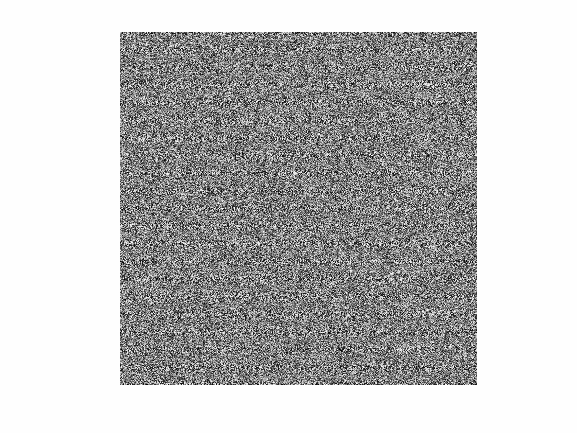 I can see the horizontal banding effect (although you might not see it in your browser, after the image has been resized once for figure capture and then resized again for browser display). I wondered about three possibilities:
I ruled out a display artifact by trying different image sizes, figure sizes, and image interpolation options, and the banding was always visible. I could see the banding when I wrote out the image to a file and viewed it in another app, and the banding did not go away or even really change appearance when I changed the display zoom.
Aliasing was my initial suspicion, at least until I changed 0.99 to 1.01 in the affine transformation matrix and observed very similar banding.
That brought me back to reconsidering interpolation, but I was still puzzled until I tried it with a much smaller image. Viewing the result brought a light bulb moment.
Im1 = randi([0 255],200,200);
tform = affine2d([1. 0. 0; 0. 0.99 0; 0 0 1]);
Im2 = imwarp(Im1,tform, "linear");
imshow(Im2,[0 255]); 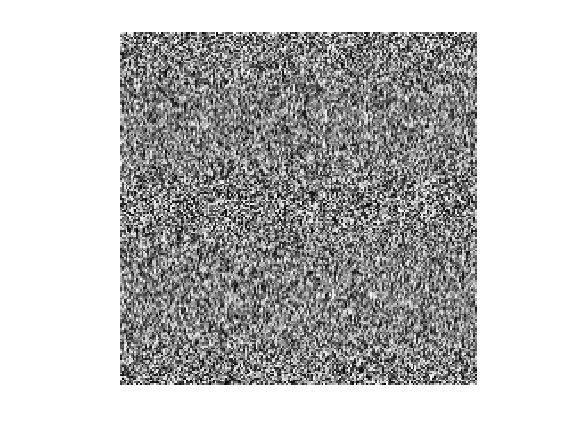 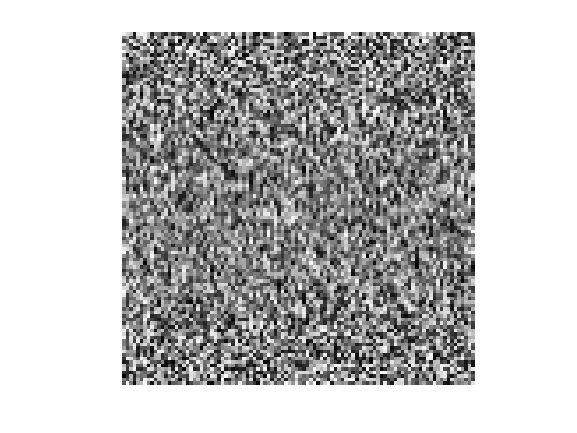 The blurring effect in the middle band is more obvious now. That's when the answer hit me.
At roughly 100 pixel intervals (vertically), the interpolation locations line up very closely with the pixel centers. That means that the interpolation outputs will be almost exactly the same as the original pixels in those locations.
In between those sharper-looking bands, though, the interpolation locations are in between the original pixel locations, and so the interpolation outputs are producing an average of two vertically adjacent pixels. That difference is producing the visual "banding" effect.
I don't think it is fair, however, to call this an "interpolation artifact." I'm not sure exactly what words to use, but roughly speaking, I think this is a fundamental mismatch between the data and the very concept of interpolation.
All of the original pixel values are completely uncorrelated! One pixel value is unrelated to the values of its immediate neighbors. What does it even mean to interpolate between independent, unrelated values? Interpolation presupposes the existence of an underlying, continuous-domain, smoothly varying signal that we can meaningfully resample, and that doesn't exist here.
I think that the only way you can perform this warp without that banding is to use some form of smoothing interpolation, like a smoothing spline, or to smooth the data before performing the warp.

⋮
Hi Steve,
Thanks a lot for this answer, that helps me a lot !