how to make yellowish image 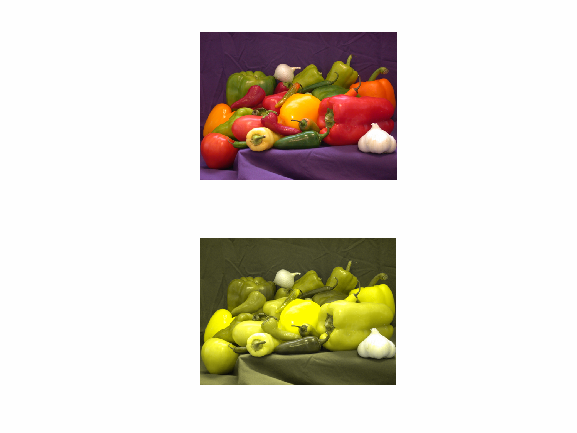 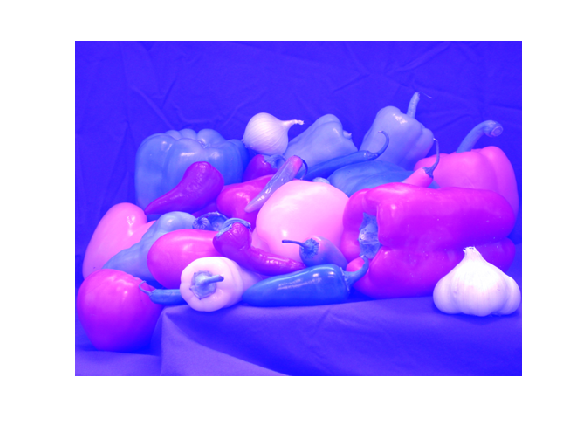 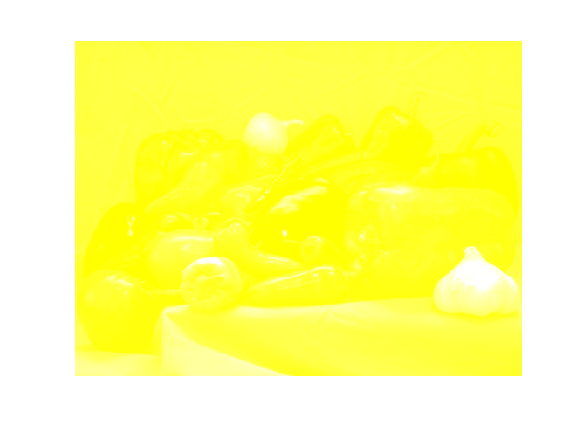 This should be expected. A 'screen' operation is the complement of multiplication; it strictly lightens the background. The contour map of the result looks like this: 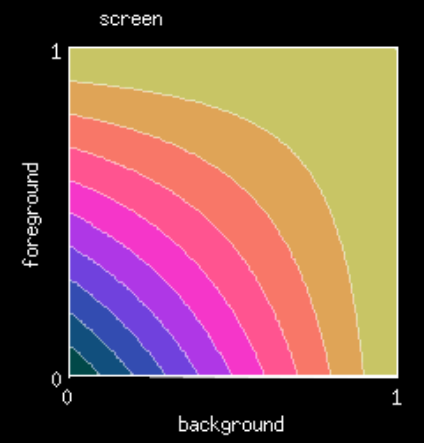 Notice that whenever either image is maximized, the result cannot be influenced by the other image. In the case of a blue foreground, the entire blue channel of the result is pegged at 1. This doesn't really swamp the image for two reasons: 1) the perceived brightness of blue is low, and 2) there is very little object content in the blue channel; it's mostly in red and green. When the foreground is yellow, the R and G channels get slammed to a solid 1. Most of the original object content is lost.
You can moderate the effect by toning down the foreground:
% read the image
A = imread('peppers.png');
% do a simple screen blend with a given tuple
A = im2double(A); % image is unit-scale
B = 1-((1-A).*(1-permute([1 1 0]*0.4,[1 3 2])));
imshow(B) 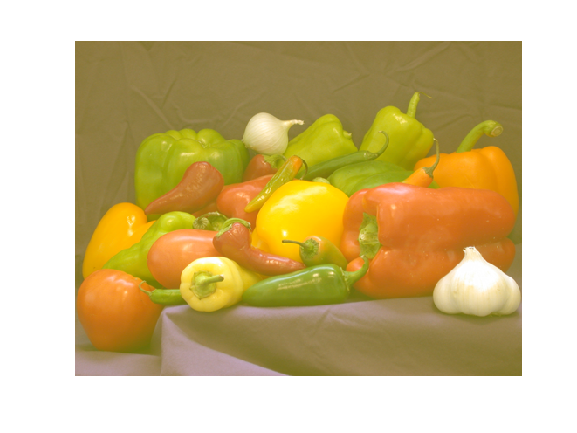 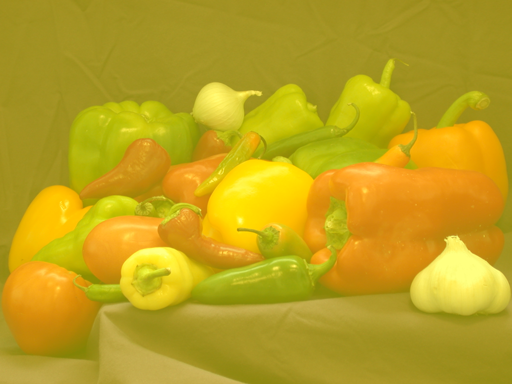 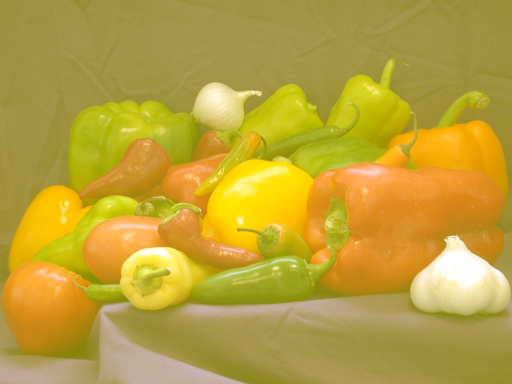 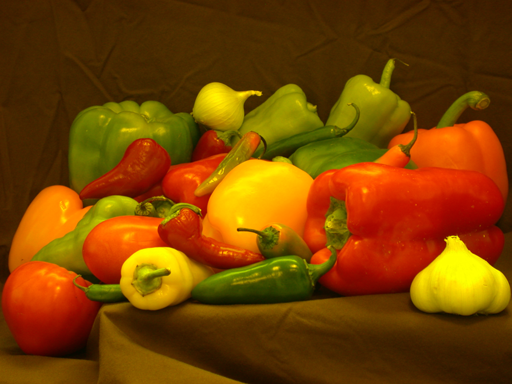 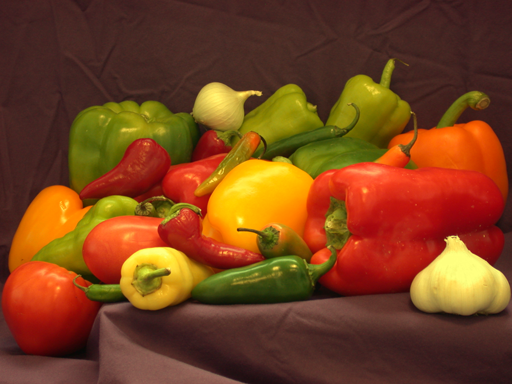 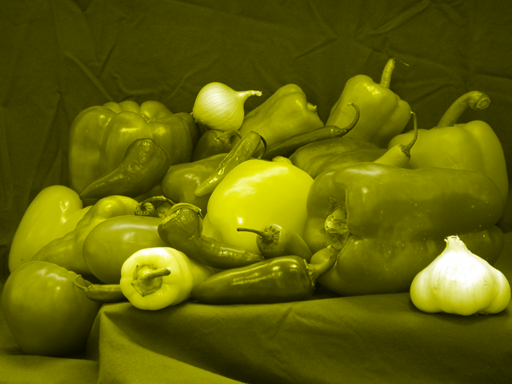 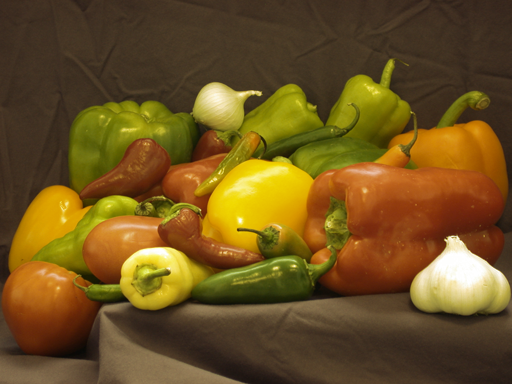 Simple colorization can also be done directly. This performs colorization in HSL with some degree of luma compensation. It's not as flexible as a color or luma blending approach like the above examples, but it is simple to use and doesn't require the creation of a colored foreground image.
% do simple HSL colorization
I = gcolorize(A,[60 70 -10]); 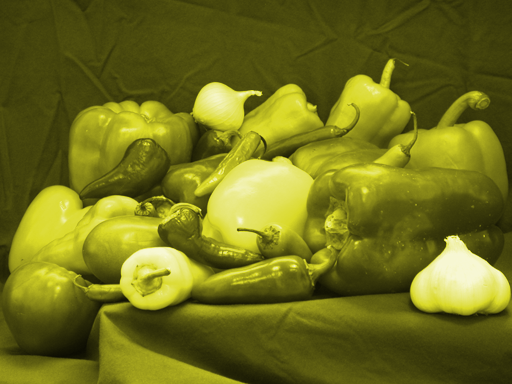 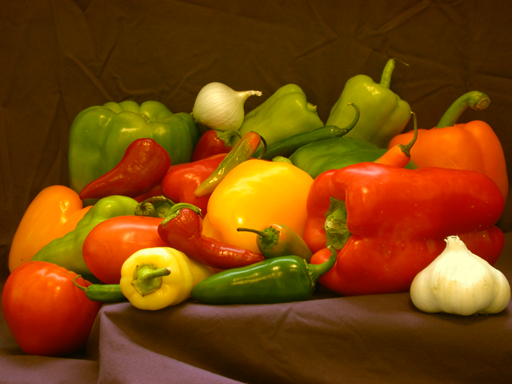 You might also be able to do something crazy by scaling and recentering the hue distribution:
https://www.mathworks.com/matlabcentral/answers/483013-how-to-set-the-hue-and-saturation-value-in-hsv-color-model
This is a similar question about image colorization:
https://www.mathworks.com/matlabcentral/answers/1606650-how-to-generate-reddish-greenish-blueish-and-whiteish-images-using-color-images-i-m-using-this-f