This Simulink® Project shows the implementation of a Remotely Piloted Radio-Control fixed-wing aircraft (i.e. Drone, UAV), an autopilot for flight stabilization, and an operator interface to control its trajectory.

A Six-Degree-Of-Freedom (6-DOF) dynamics model for a foam-built, 65-inch wingspan, Multiplex Mentor hobby radio controlled aircraft. It consists of models for the aircraft dynamics, the weather, the motor, the actuators and the sensors. The plant receives commands for the four actuator channels: (1) Throttle, (2) Ailerons, (3) Rudder, and (4) Elevator. In turn, it produces a set of readings as those that a sensor suite would produce on board this type of aircraft.

The plant model uses a flat-earth approximation and therefore it will only work for flights which have a range of approximately 20 Km..

The autopilot controller is a classical lateral/longitudinal channel flight controller which includes Guidance, Navigation and Control (except attitude estimation as this is assumed to be obtained directly from the sensor suite). The autopilot, based on the ground control station commands and the sensor readings, produces control commands for the control surfaces and also reports telemetry back to the ground station. This block stabilizes the aircraft to keep it in-flight.

It allows the operator to command it to fly in four different modes:

This represents the console operating the RC Aircraft in flight. It issues commands sent from the ground to the aircraft (waypoints, airspeed, height, etc...).

The block receives telemetry reported by the aircraft such as attitude, sensor readings, and overall aircraft status. This will allow to set the desired behavior of the aircraft while in-flight.

This model has the option to interact with the well-know, publicly available Open Source Micro Air Vehicle ground station software QGroundControl. To communicate with QGroundControl, the model uses the MAVLink communications protocol.

This Simulink Project exercises several common workflows in flight control development. Its purpose is to show a recommended approach to a Model-Based Design (MBD) process to develop a proof of concept Drone flight controller (autopilot). Particularly we show the following workflows:

This model can interact with the Open Source QGroundControl ground station software to control the aircraft while "in flight": 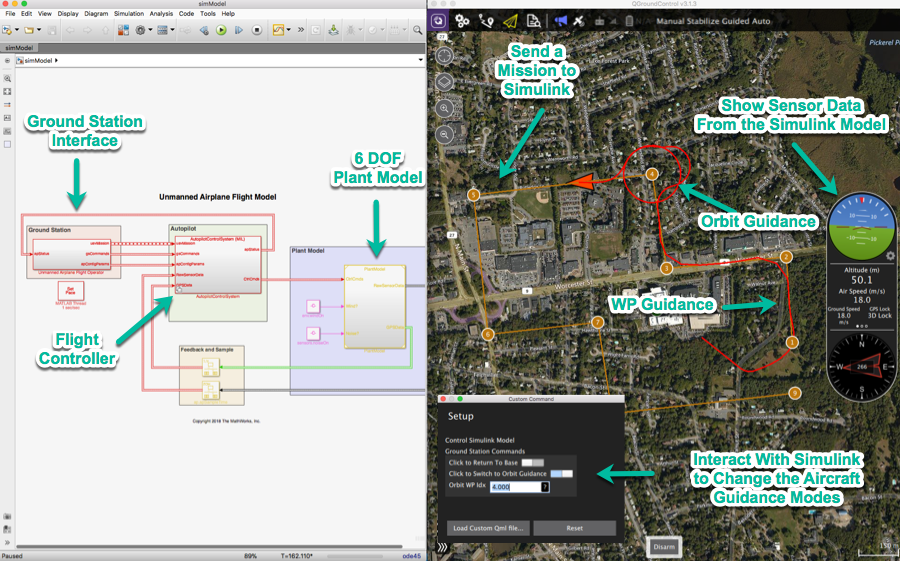 To run the model clone the repository into your own working directory and, from the MATLAB command line:

This should produce five plots, the first being an XY plot of a complete mission around 6 waypoints, as shown below: 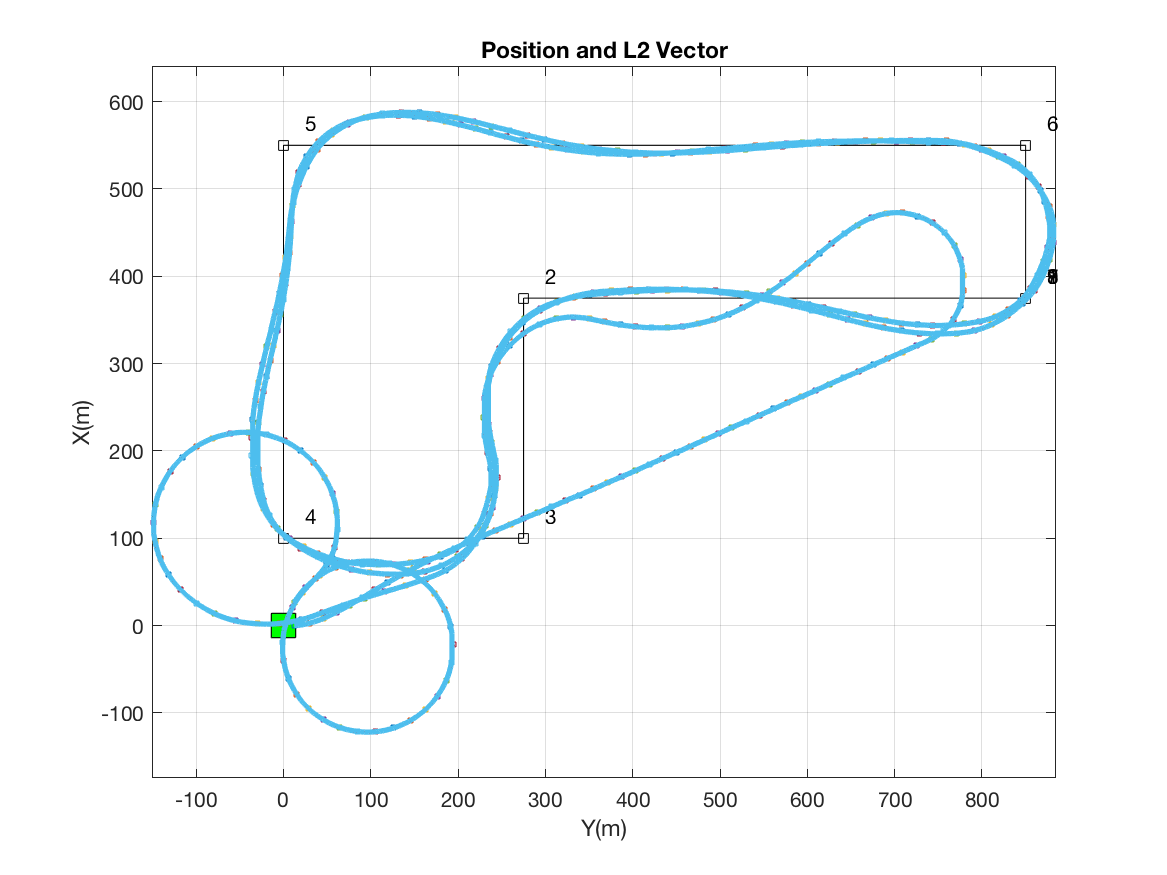 To get the full functionality, you will need a computer running MATLAB®, Simulink® and a supported compiler plus the following products depending on the workflow:

SME Assesment and Connectivity to QGroundControl

The license is available in the License file within this repository.

If you are interested in contributing we are definitely interested in hearing from you. There are many open tickets and we are sure this list will only grow, so feel free to contribute by owning one of those tickets and send us a pull request.

If you would like to suggest an enhancement please create a new issue and apply the enhancement label. This is no guarantee that we will get to it, but we will definitely take it into consideration.

If you have encountered a bug, please create a new issue and apply the bug label.

Versions that use the GitHub default branch cannot be downloaded