Trying to display the segmentation result in the same type as of the original image.

⋮
Edited: DGM on 2 Nov 2022
I don't understand what you mean by same type. In this case, s1 is a grayscale image (likely class 'uint8') and s2 is a binarized image (class 'logical'). Should we be trying to represent s2 as class 'uint8', or should we be trying to include grayscale content into the regions selected by the masking operations?
As a side note, if you want to save your images, use imwrite() and a lossless format like PNG to save the variables directly instead of saving the displayed figure. Saving the displayed figure is like taking a screenshot; it's destructive, and it tends to obfuscate details that may be important for troubleshooting. PNG is widely supported and is perhaps the most richly-featured implementation available to imwrite().

⋮
Hi @DGM,
I am sorry for the confusion. I am actually referring to including grayscale content into the regions selected by the masking operations.

⋮
Ran in:
it's not clear how you're trying to apply seg_I to m, but the math itself probably isn't working like you expect. Seg_I is an image of class 'double', containing only values 1 or 2 (quantized). Image m is class 'uint8'. Mixed-class multiplication between the two won't work, but if you cast seg_I as 'uint8' you can perform the multiplication. The problem is that the multiplication will cause data truncation, since it's performed in uint8.
You could do the multiplication in floating point instead, but you're still going to end up with an image that's improperly-scaled for its class. It won't display correctly, and it won't save correctly if you try to write it to disk.
Since I don't know the purpose of applying the quantized mask like this or if there may be masks with more than 2 levels, I'm just going to throw out this wild guess.
m=imread('s1.png');
se = strel('disk',10);
closeBW = imclose(m,se);
%figure, imshow(closeBW)
level = multithresh(closeBW);
seg_I = imquantize(closeBW,level);
%figure, imshow(seg_I,[])
img_class1 = class(m);
fill1=cast(seg_I,img_class1);
m1=fill1.*m;
% perform multiplication in floating-point
% normalize quantized mask regardless of number of levels
fill1 = im2uint8(im2double(m).*mat2gray(seg_I));
imshow(fill1) 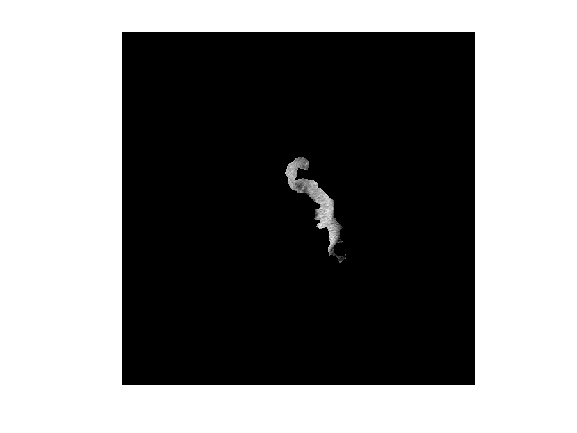 I doubt that's what you want, but maybe it's enough to help guide the troubleshooting forward a bit.

⋮
I have one more query. Is it possible to do further mprphological operation on the above image to perform further segmentation?

DGM on 2 Nov 2022
⋮
Edited: DGM on 2 Nov 2022
I think you might be asking how to programmatically cast and scale an image to a specific class from any class. If that's the case, then this is how you'd do it within the scope of base MATLAB/IPT:
% say we want to cast/scale image FG to have the same class as image BG
outclass = class(BG);
switch outclass
case 'uint8'
FG = im2uint8(FG);
case 'double'
FG = im2double(FG);
case 'single'
FG = im2single(FG);
case 'uint16'
FG = im2uint16(FG);
case 'int16'
FG = im2int16(FG);
case 'logical'
FG = logical(FG); % this is a great way to create problems
otherwise
error('some error message goes here')
end
... because the primary parameter (the class name) is embedded in the function names. It's almost like you're being tempted to use eval() or something.
You could also use cast(), which does support the class name as a parameter, but then you'll have to take care to correctly scale the data for each possible combination, because cast() doesn't scale anything.
... or you can just use MIMT imcast():
FG = imcast(FG,class(BG));
That said, you might presume that your input image is uint8 and just use im2uint8(). That's certainly fallible,but it's simple and might cover your needs.

⋮
Hi @DGM,
I tried the MIMT imcast(), but I get the same contents as of the segmented image 's2.png'. As mentioned above, I want to include grayscale content(from 's1.png') into the regions selected by the masking operations.

⋮
@Warid Islam WHY do you want s2 to be a true color RGB image? What's the use case? I see no need for doing that. Please explain your rationale.

⋮
Hi @Image Analyst,
I want to further segment on the previous segmented image. I thought segmenting again on 's2.png' won't work if the image type is logical.

⋮
Edited: Image Analyst on 3 Nov 2022
Not true. You can further segment s2 with it being a logical (rather than color). In fact it will be easier. What do you want to do to s2 to eliminate blobs or change their shape?

⋮
Hi @Image Analyst,
I want to change the shape of s2 after segmentation. The s3.png is the new image after applying DGM's code. Could you suggest some methods of further segmenting s2 without converting into color as shown in s3.png?

⋮
No, how could we? There are a million things that can be done to s2. How am I supposed to know what you want done if you don't tell me? I've already asked you what you want to do to s2 but you're not telling us. It's far, far to vague just to say you want to further segment it. It would be like saying you want to do image processing on an image but then not telling anyone what specific image processing you want to do. It could literally be anything at all. You have to be specific.
And s3 is not a segmented image, it is a masked image. A masked image obtained by masking a gray level image with a segmented (logical) image.