Daniel Dickinson on 4 Feb 2020
⋮
Commented: Daniel Dickinson on 5 Feb 2020
I am attempting to use imregcorr to register 2d images obtained from a fluorescence microscope. I did
tform = imregcorr(MOVING,movingRefObj,FIXED,fixedRefObj,'transformtype','similarity','Window',true);
imwarp(MOVING, movingRefObj, tform, 'OutputView', fixedRefObj, 'SmoothEdges', true);
In these images, nearly all of the signal should be colocalized, but I see poor registration along the x-axis: the red signals at the left side are shifted left while the red signals at the right side are shifted right. Registration on the y-axis looks ok. The red channel is the moving image in this example. 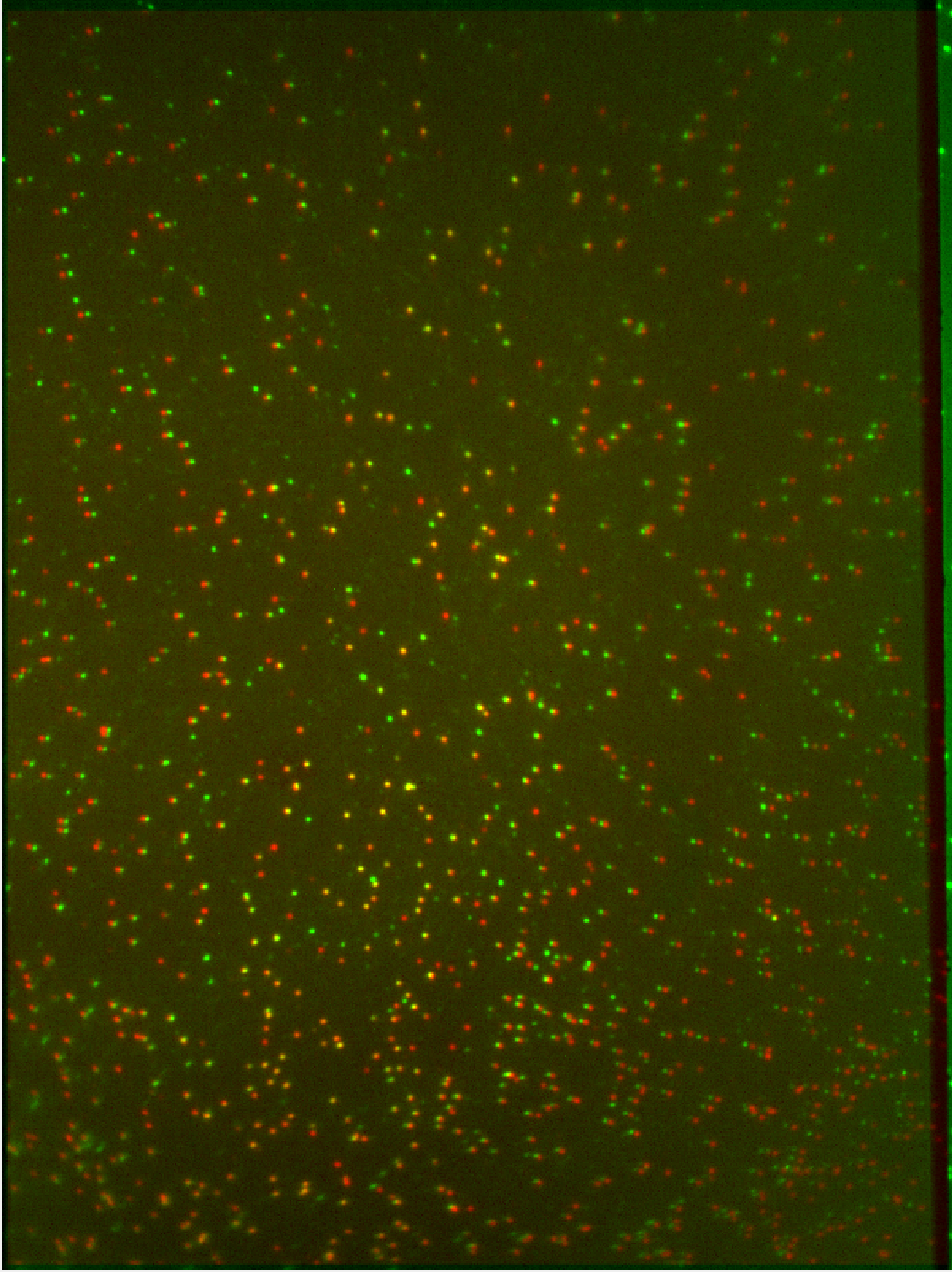 imregcorr returns the following affine transformation matrix:
>> tform.T
ans =
0.9863 0 0
0 0.9863 0
3.7267 7.7000 1.0000
The X and Y scale factors are both the same (0.9863), which seems suspicious to me; visually, it looks like the scale should be smaller along the x axis so that the image is stretched. I suspect that this function is somehow constraining the X and Y scales to be the same. Is there an option that allows them to be independent, or another function that allows registration with independent scaling of the two axes?
I have also tried imregister with both the "similarity" and "affine" options, but with similar results.
Thanks for any input.

⋮
Just for curiosity: Is it a traction force microscopy experiment (I worked in this field a few years)? In those experiments, the "bead" displacements are not uniform in the field of view and a simple affine transformation is not a good idea.

⋮
No, I can see why you might think it looks like TFM, but it's a single-molecule TIRF experiment. Each image comes from half of the camera chip, and registration needs to correct for chromatic aberration. This is why I haven't opted for a "squishy" registration like B-spline or demon.

⋮
Sure, I'll attach two of the original images. Green is fixed and FarRed is moving.
If I understand correctly, the parts of the affine transformation matrix that govern scaling are
Xscale 0 0
0 Yscale 0
0 0 1
so shouldn't it be possible to introduce a non-uniform stretch (to correct the effect I'm seeing) if Xscale and Yscale are different? Xscale should be smaller than Yscale in this case. I'm just not sure how to do that with imregcorr (or if it's even possible).