how to INTERPOLATE starting from three circles 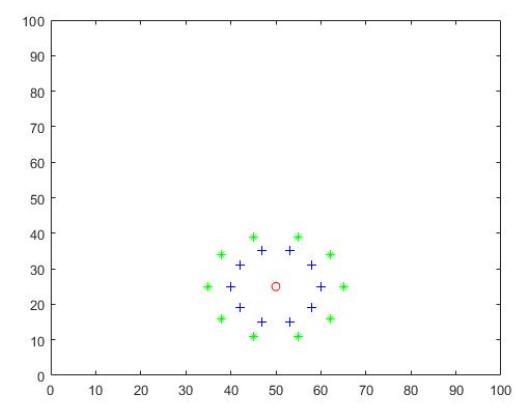 Through the information of 3 distances and 3 wind speeds I was able to create circles as shown in the figure where each point that makes up the circles is characterized by X=latitude, Y=longitude of the point and Z is the probability of obtaining the speed of a given wind at that distance from the center.
Now what I would like to do is create the same graph but INTERPOLATING on the entire grid: in each point of the grid starting from values ​​of X=3 known distances and Y= 3 known speeds and entering a distance from the point of interest (xi), I would like calculate the angle at that point with respect to the source (as I did for the three circles), then with this distance from the source I thought I would enter the graph by interpolating and see what is the speed it takes to get to that point at that distance.
I had read about the function yi = interp1q (X, Y, xi): for example I thought that to calculate the probability of the speed, I know how far I am (like 100km), I use interp1q, I calculate what minimum speed (yi) I need to reach the distance (100km) and consequently calculate the probability of having a speed higher than the minimum speed I found.
I tried to use this function but it fails. Can anyone help me? 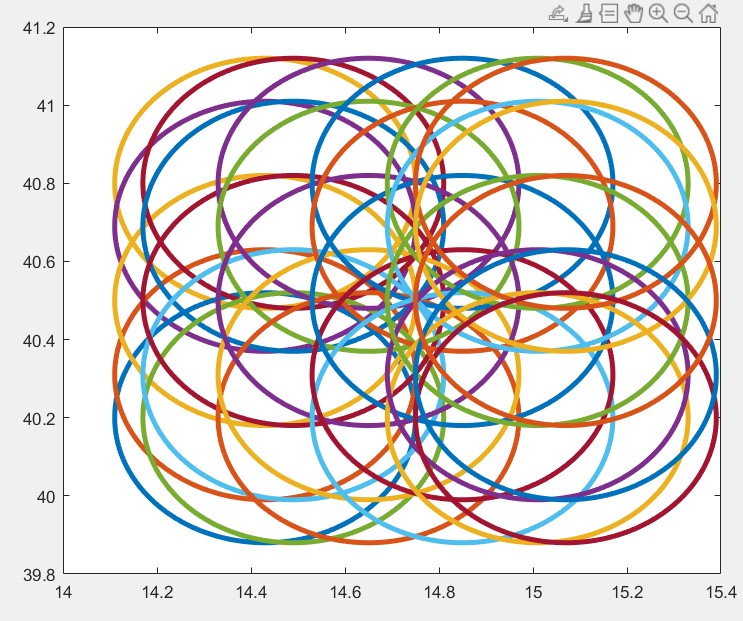 Hi .. I still don't understand how to do it :( this is the result that comes out .. i dont think it is right